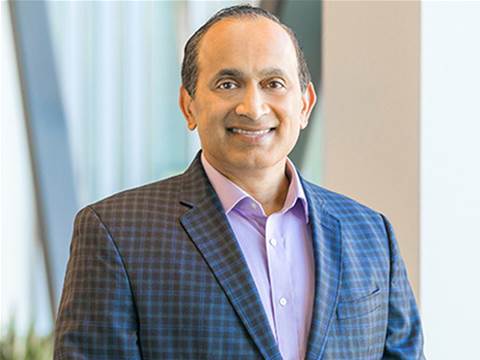 Industry superstar and VMware innovator Sanjay Poonen is officially leaving VMware as its chief operating officer on Friday after years of running the company’s worldwide sales and customer operations, with big plans in store for the future.

“Going forward, I’ve got a few things brewing,” said Poonen in an exclusive interview with CRN. “I will be joining a Fortune 500 public company board this fall. But, I’m not going to just be a board member and investor. At this stage of my life, I still have a lot of gas in my tank to run something operationally, whether it’s a small or big company.”

Poonen joined VMware in 2013 tasked with leading VMware’s end-user computing (EUC) business, which exploded under his leadership — growing from $300 million to over $1 billion in just three years. When Poonen was promoted to VMware’s global chief operating officer role, he helped elevate total sales, put VMware on the map in the security market, and also led the effort in making VMware a multicloud software star by forming a slew of partnerships and deals with public cloud leaders like AWS, Microsoft Azure, Google, Oracle, IBM and Alibaba.

When Poonen wasn’t selected to lead VMware as its new CEO following the departure of former CEO Pat Gelsinger this year, he decided to amicably leave. Aug. 6 will be his final day at the Palo Alto, Calif.-based company.

Poonen said he will join the board of a Fortune 500 public company in the fall and consider some new investment opportunities, but hopes to eventually land in a top operational position in the future.

“At some point in time, I do expect to be in an operational role someplace, but I’m taking my time to figure out what I will do next,” Poonen said. “A few CEOs of some larger companies have reached out to me for my consulting help - because with my background at SAP and VMware. … There are a few great ideas I am considering investing in too. So the opportunity landscape is large.”

Channel partners touted Poonen as a channel advocate and an executive innovator who will be missed.

“He’s an advocate for the channel and has a track record of being a channel friendly leader,” said Rick Gouin, chief technology officer at Winslow Technology Group, a Waltham, Mass.-based VMware and Dell Technologies partner. “We like working with VMware under Sanjay’s leadership. I guess I can‘t really guess that what’s going to come in the future, but he was very good for us.”

“That level of leadership leaving can have an impact. I hope it doesn’t and I hope he goes on to do great things somewhere else,” said Keblusek. “It remains to be seen how they execute under the new leadership and also the spin-off from Dell going forward. … Like any good leader, I’d imagine he’s got people that he leaned on and he mentored that hopefully can step in while he moves on to maybe find more meaningful for himself.”

Poonen said he’ll be cheering for VMware and his “friend” Raghuram from the sidelines after he departs tomorrow.

“I’m a big fan of Raghu’s, and as another Indian-American, I’m cheering avidly for his success,” Poonen said. “In the core data center infrastructure space, I would consider Raghu, the smartest guy on the planet. If I’m doing anything in a related infrastructure area to VMware, the first person I would call is Raghu. I’m a friend of his 24/7.”

Poonen fully expects to stay in touch with his VMware colleagues and channel partners who he’s formed strong friendships with over the years.

“Look, I’ve always believed the world is a better place when you’re a giver, rather than a taker. And I’ve always wanted to live my life to help the channel be successful,” VMware’s Ponnen said. “As I reflect on [my career] at VMware, it’s been gratifying, and a great run the last eight years.”

Grabbing the hybrid cloud opportunity with Lenovo and Azure Services
By Mark Haranas
Aug 6 2021
6:44AM