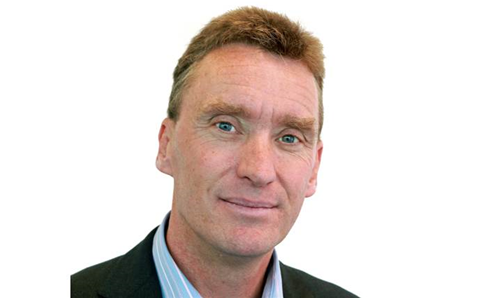 Vocus chief executive Kevin Russell has called the NBN’s pricing model “broken” due to its monopolistic nature, prioritising cost recovery over “recognising the real value” of the network.

Speaking at the 2019 ACCANect conference in Sydney, Russell said the decision-making around the NBN has been driven as “a monopoly targeting unrealistic financial returns” instead of targeting consumer needs and the reality of the market.

“While the NBN has delivered higher broadband speeds, it has also delivered higher prices,” he said. “While in theory the NBN provides a level playing field for greater competition, in reality the largest broadband retailer has increased its market share.”

That retailer is Telstra, with Russell later explaining that the telco saw its market share rise from 41 percent on ADSL to just under 50 percent on the NBN, thanks to the phasing out of the network’s 12- and 25-megabit plans.

“The shift plays into the hands of premium brands which charge premium prices, and hits value brands like Dodo, which used to be able to charge affordable prices,” he said. Dodo is a wholly-owned Vocus subsidiary.

Russell added that the network as a major public investment came at the cost of private investment, and that the real market value of the NBN is “far, far less” than what it cost to build.

“Because the NBN’s financial targets are based on recovering its costs to build, rather than recognising the real value of the network, prices are far higher than would be achievable in a market-led environment,” he said. “And customers are paying for it — literally.”

Russell took aim at the basic wholesale access cost, saying it was “simply too high”; that the network’s usage-based pricing “guarantees” prices will keep going up; and that the NBN has been “consciously forcing” customers onto higher-cost plans, whether they like it or not.

Russell offered suggestions on what the government can do to “make things right” for consumers in the next ten years.

The top priority would be giving customers a choice and making broadband pricing market-led, while a medium-term priority would be to start encouraging infrastructure competition instead of actively penalising it. The long-term priority meanwhile is “to get the settings right” for the “ultimate” privatisation of the NBN.

Russell compared the current NBN pricing model to the previous model when ADSL was the norm, where access to the ADSL unconditioned local loop service costs at a regulated rate of less than $15 a month, compared to the NBN’s $44 a month.

“That’s around a 300 percent increase in wholesale costs from ADSL to NBN, and consumers don’t have an option,” he said. “If they want fixed-line broadband, they have to be on the NBN.

Russell also criticised the “unprecedented” growth in usage charge (CVC), calling it a “download tax” on consumers. “It is a completely artificial tax. It charges something for nothing. It creates artificial scarcity where there is none,” he said.

“If the NBN was led by consumer needs rather than its own financial requirements, pricing would be set to promote usage, not ration it,” Russell said. “This approach is inconsistent with other telecoms market around the world, where pricing doesn’t penalise higher usage.”

Russell said in response to a recent NBN pricing consultation, Vocus’ own recommendations on how to make broadband affordable again included abolishing CVC, move to four flat-rate speed tiers, and remove the “complex web” of discounts, non-recurring charges and rebates.

“Without these changes, Vocus will have no choice but to keep increasing retail prices in line with our wholesale NBN costs — regardless of what Australian consumers deserve.”

Russell said successive governments have put up “protectionist barriers” to assist the NBN in recovering the costs of the build, reiterating that the real market value of the asset is far less than what it cost to build.

“Part of the problem is the original policy intent of the NBN which mandated uniform national wholesale prices, later amended to wholesale price caps,” he said. “This approach baked-in the expectation that NBN’s profitable metropolitan networks would cross-subsidise its loss making regional networks.”

Russell added that the Telecommunications Act was amended to require new broadband networks to operate on a wholesale-only, open-access basis, the same as the NBN.

He also took aim at the legislation seeking to establish the “Regional Broadband Scheme”, which sought to impose a $7.10 tax per line, per month on competitive high-speed broadband networks, saying it penalises competitive infrastructure investments and protects the NBN from competition.

Russell suggested that regional networks should be funded directly from the federal budget itself instead of a “market-distorting” cross-subsidy, so the protectionist policies would be unwound and start incentivising infrastructure investment.

Russell cited that both sides of politics have committed to privatising the NBN at some point in the future, and when it occurs it would be the third major attempt to get Australia’s fixed-line market settings right. The first two were the privatisation of Telstra in the early 1990s and the establishment of NBN Co in 2009.

He suggested the privatised network should remain open-access and wholesale-only, regardless of who buys NBN Co or how it is sold; that the government must resist the urge to “fatten the calf” by entrenching the protectionist policies; and that the network should be properly regulated in areas where it is a monopoly provider.

“The privatised network must be forced to compete against other providers in a marketplace which actively encourages infrastructure competition,” he said. “Consumers have suffered from a lack of competition over the past ten years — they shouldn’t have to endure it in the next ten.”