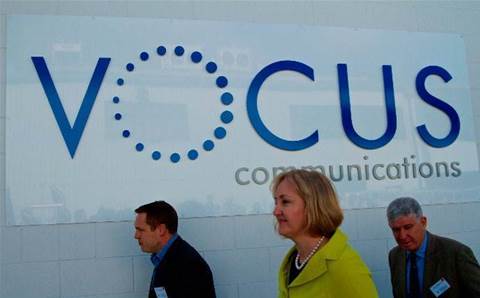 Vocus chairman David Spence will leave the company before the end of 2017, the telco has revealed.

The carrier revealed today that Spence would not stand for reelection at the company's next annual general meeting on 24 October and, therefore, would retire.

The company's statutory net profit after tax of $1.4 billion follows a writedown of $1.5 billion across Vocus' Australian and New Zealand operations off the back of a review of its carrying goodwill from the 2016 acquisition of M2.

Vocus revenues were in line with company expectations, coming in at $1.8 billion, up 119 percent from $829 million the previous year, driven by its acquisition of Nextgen Networks.

"The FY17 year in particular and 2HFY17 has been a period of transition as the business has focused on the completion and integration of Nextgen, and the implementation business plans what will maximise returns and leverage the infrastructure platform and operation scale that has been created through recent acquisitions," he said.

As for the impairment, Horth said: "We recognise that this write-off does not reflect well on the prices paid in M&A transactions in recent years and is a reflection in part of the significantly higher earnings multiples the sector has traded on in the relatively recent past.

"The write-down also reflects the more competitive business environment, in particular in the Australian and New Zealand consumer markets, that has had the impact of lowering our expectation for the future growth rates in the sector".

Eliminating departmental friction within MSPs
By Michael Jenkin
Aug 23 2017
10:46AM