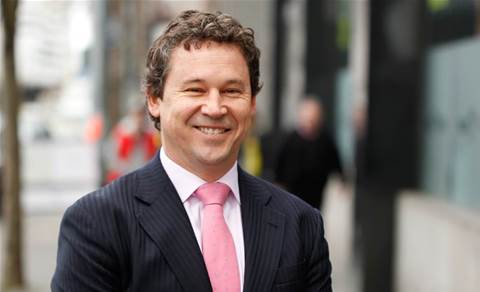 Vocus Communications' head of enterprise and government Scott Carter has left the company after seven years with the group.

Carter was appointed chief operating officer of Vocus in February 2016 when the company merged with consumer telco group M2. He was previously COO of M2 Group prior to the merger, having joined in 2011 working in the wholesale division.

He was appointed as chief executive of the consumer business in March 2017, before taking over the enterprise and government portfolio when Vocus split its wholesale and enterprise divisions into two separate units.

CRN understands that current interim chief executive and former enterprise and wholesale chief Michael Simmons will step back into the enterprise and government leadership until a permanent CEO is found.

Former chief executive Geoff Horth announced his plans to exit in January after two years leading the company. Horth also joined Vocus as part of the M2 Group merger in 2016, where he was also chief executive.

Since January this year, Vocus' business has been separated into four operating segments: enterprise and government, wholesale and international, consumer and New Zealand, each with its own chief executive, allowing for "sufficient senior executive focus on the opportunities within these segments".

The New Zealand segment has taken the spotlight in recent months after Vocus started looking to sell off the business seven months ago. The company revealed on Tuesday that it had pulled the pin on the sales process after failing to find a bid that “appropriately reflected” the “fundamental and strategic” value of the New Zealand business or provided certainty for funding and education.

Cloud application revenue made easy
By Brendon Foye
Apr 27 2018
7:20AM