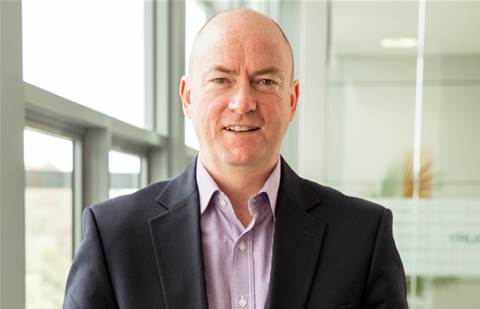 Based in Melbourne, Griffen replaces Julia Walsh, who left the company in May to join Uniti Group.

“What great timing for Kevin Griffen to join Vocus as our new general manager of enterprise and state government, starting in our first week under the new ownership of Macquarie Infrastructure and Real Assets and Aware Super,” Vocus chief executive for enterprise and government Andrew Wildblood told CRN.

“Kevin has over 35 years of experience in the telecommunications industry in Australia and New Zealand, Asia and Europe. Kevin has a strong track record of growth as a challenger in the Enterprise market across all industry segments, and he’ll be a perfect fit for this new chapter in the Vocus growth story.”

Griffen announced the new role on LinkedIn, revealing it had been his first day on the job today.

“Today is my first day at Vocus, (albeit from home) and I’m super excited to be joining such a respected, talented, successful and ambitious team,” Griffen’s post read..

“I was crystal clear on what I wanted from my new role and future company: A challenger with big ambitions; belief that ‘people make the difference‘; being ‘crazy about customers; uncompromising approach to living its values; success being fun!

“So why Vocus? [the company’s Vision is] to be the challenger that our customers deserve,and our people are proud of everyday. They had me at ‘hello‘!”

Griffen was most recently the managing director for Orange Business Services’ Australasia business, a role he held from 2014 to March 2021. Prior to that, he was sales director between 2005 to 2012. Other stints include BT and Concert Communications, both in the United Kingdom.