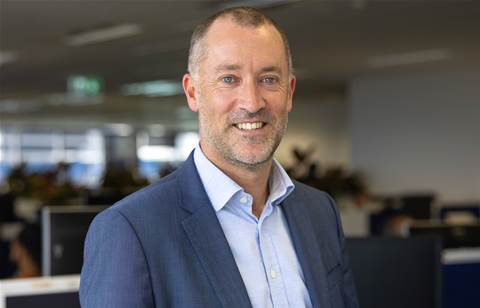 Vocus has named Jarrod Nink as its new wholesale and international boss after Mark Callander was tapped to lead NZ subsidiary Orcon Group.

Nink will assume the role of chief executive for wholesale and international starting today, moving up from his previous role of general manager.

Vocus said the appointment comes as the telco looks to deliver more fibre infrastructure and more capacity in its network.

In a letter sent to staff, Vocus chief executive Kevin Russell said the appointment was “one of the worst kept secrets in the company” following Callander’s appointment in February this year. Callander was tapped to lead Vocus’ New Zealand subsidiary Orcon Group, which merged with competing telco 2degrees in late 2021.

“On behalf of the whole Vocus team, I’d like to congratulate Jarrod on his appointment and I sincerely thank Mark for everything he has done for our Wholesale and International business,” Russell said. “I wish both Mark and Jarrod great success in their new roles.”

Nink joined Vocus in 2018 as a consultant before becoming general manager for wholesale and international in 2019, reporting to Callander.

Prior to that, he briefly worked at UK telco Three as interim commercial director in 2018, and chief executive of mobile enabling solutions company Hue Global Solutions from 2013 to 2018.

Nink also worked at Hutchison Telecoms, which later formed part of Vodafone Australia, from 2004 to 2013, starting out as part of the company’s legal team before moving into management roles.

Commenting on Nink’s previous experience, Russell said, “Under Mark [Callander], Jarrod has led the Wholesale and International team since August 2019, helping build a strong team that strives to be the carrier of choice for businesses requiring high bandwidth services into and throughout Australia. We are delivering more fibre infrastructure and more capacity in our network, and I look forward to Jarrod continuing to grow our thriving Wholesale business at this exciting time.”

“Prior to Vocus, Jarrod led successful teams in the Wholesale space in Australian and global markets. He is a passionate value-driven leader and brings a strong commercial and operational focus, which will be key to driving Wholesale and International’s next stage of investment and growth. He lives and breathes our One Team value and I am looking forward to the leadership impact that he can have with his new role.”

Grow your software revenue by selling these 5 affordable, essential tools for the modern workplace
By Nico Arboleda
Apr 5 2022
4:10PM