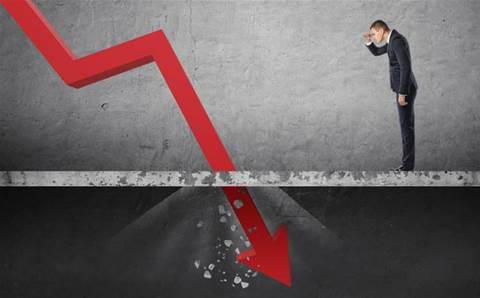 The Dow Jones Industrial Average sank 1175 points by the end of trading on Monday, or 4.6 percent, wiping its entire gains from the past year.

The Australian Securities Exchange followed suit at the opening of trading this morning, with All Ordinaries and the ASX 200 both down approximately 2.8 percent within the first hour of opening, or 171 points, wiping out $52 billion in value.

All Ordinaries is comprised of the 500 largest companies listed on the ASX, while the ASX 200 is made up of the top 200. 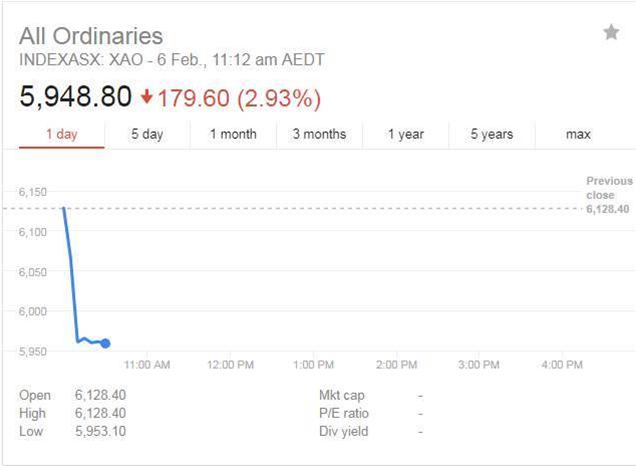 The ASX 200 includes tech companies such as Harvey Norman, JB Hi-Fi, MYOB, NextDC, Speedcast, Telstra, TechnologyOne, TPG Telecom and Vocus, all of which took a hit to their share prices this morning.

The Australian dollar also lost value against the US dollar, but bounced back to 79 cents at the time of writing.

The crash has been pinned on a number of factors from commentators, including rising interest rates, leading to higher inflation and bond yields, according to Reuters.