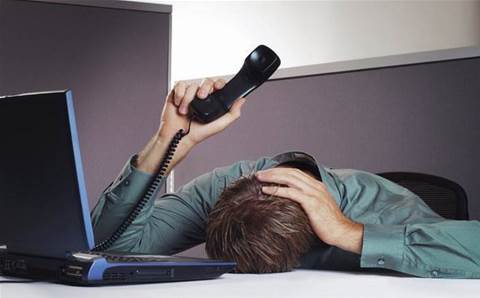 Vocus-owned Primus Telecommunications has been slapped with an infringement notice for making telemarketing calls to customers after they'd withdrawn their consent.

The telco paid an infringement notice of $8400 following an investigation by the Australian Communications and Media Authority (ACMA), which found that Primus has made several calls to numbers on the 'Do Not Call Register'. Another telco run by Vocus, Dodo Services, was also formally warned for the same transgression.

"Consumers have the right to withdraw their consent to accept or continue a call at any time. Telemarketers must listen to consumers and take their obligations seriously by removing people from calling lists when asked," O'Loughlin added.

The communications watchdog has already penalised a handful of telcos this week over breaches. ACMA said on Thursday that it had ordered four telcos to remediate their inadequate complaints-handling processes immediately or face financial penalties up to $10 million.

The next day, TPG subsidiary Pipe Networks was warned over allegedly falling to provide accurate and up-to-date information to a local council and residents during consultations on a proposed base station deployment.