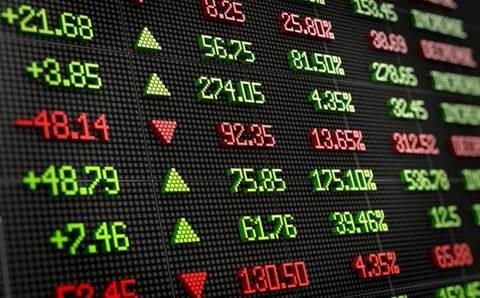 The termination of talks between Vocus Communications and two separate private equity suitors wiped nearly half a billion dollars off the telco's value in a matter of hours.

Vocus shares fell more than 20 percent following yesterday's announcement that the carrier had ended discussions with private equity firms Kohlberg Kravis Rovers and Co and Affinity Equity, which were each mulling an acquisition of the publicly listed telecommunications company.

Vocus shares fell to $2.43 on the news that acquisition plans had unravelled when neither firm could reach “acceptable” terms. The stock recovered slightly to $2.75, still well below Friday's close of $3.21.

“The bidders have now advised that they are unable to support a transaction on terms acceptable to the board. Accordingly, all discussions have now ceased,” Vocus said.

The slump marks yet more deterioration in the Vocus share price. Shares hit a five-year high of $9.40 in May 2016 and have sharply declined ever since. They closed yesterday valued at less than half their 2017 high of $4.81. 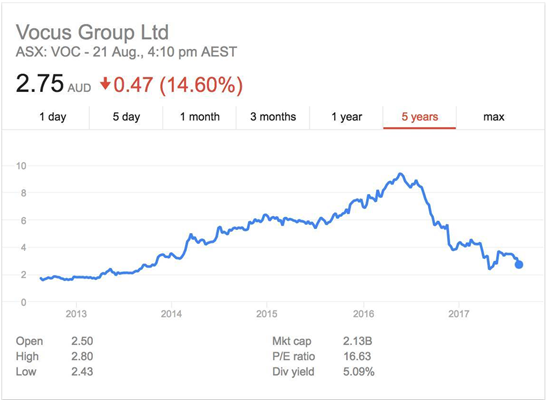 Vocus chief executive Geoff Horth told CRN just days before the discussions ended that KKR and Affinity were in the process of reviewing Vocus data and that a number of management meetings had taken place.

In July, the telco granted KKR the opportunity to conduct due diligence for a potential acquisition. KKR sent a non-binding proposal to acquire 100 percent of Vocus' shares for $3.50 each in cash, valuing the company at $2.2 billion.

Affinity’s acquisition offer followed the same month, when it put forward a bid to acquire Vocus' shares for the same amount.

Vocus last week released its unaudited annual results for the 2017 financial year, revealing it had written down $1.5 billion in value across its Australian and New Zealand businesses following a review of the carrying value of the goodwill assets that came about on the back of the February 2016 merger with M2, which had since performed lower than expected.

The business also revealed $152.3 million in net profit and EBITDA of $366.4 million from expected annual revenues of $1.8 million.

Cloud application revenue made easy
By Michael Jenkin
Aug 22 2017
6:40AM