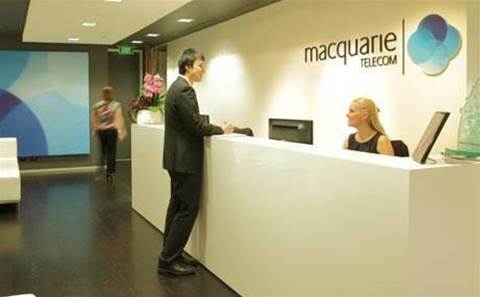 Vocus has sold off its entire stake in Macquarie Telecom for $40.9 million, which represented a 16 percent stake in the company.

The communications group relinquished 3,358,511 MacTel shares in a block trade for $12.20 each. MacTel shares were trading at $13 each at the end of Monday's trading period.

MacTel said in a financial statement that the shares were sold to a broad range of new institutional and retail shareholders. Chief executive David Tudehope welcomed the move, saying it would increase trading liquidity and improve diversity among shareholders.

"We are confident that all our shareholders will benefit from the continued growth in our hybrid IT and telecom businesses, including in particular the strong growth we have in our hosting revenue," he said.

Vocus bought 14.5 percent of MacTel for $15.6 million in April 2015, in a move seen as a means to prevent a potential takeover of either of the two communications providers, according to The Motley Fool.

Vocus has been subject to plenty of M&A activity in the past few years, including the 2015 merger with Amcom. The MacTel shares were purchased when Vocus founder James Spenceley led the company, however, he left the company in October last year after a failed leadership coup in an attempt to replace chief executive Geoff Horth, who joined after Vocus merged with M2 Group.

MacTel shares rose to $13.30 each at the time of publishing.