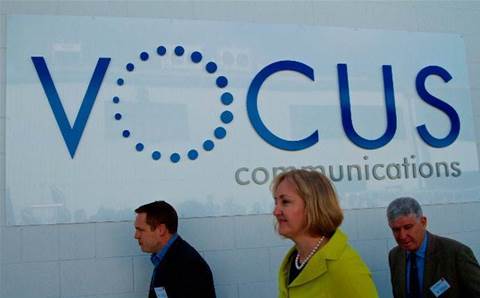 Vocus has revealed that issues integrating some assets brought over from previous acquisitions and pressure from the NBN have negatively affected the business.

Addressing shareholders at Vocus’ annual general meeting, CEO Kevin Russell delivered a speech (pdf) in which he acknowledged three “reality checks” that the company needs to work through.

“We have not adequately integrated network systems, processes and cultures from prior acquisitions. We have not historically invested in people capability, partnerships, products, systems and strategies to deliver on that market opportunity,” Russell said.

“Finally, we have to absorb the impact of the NBN, in the erosion of legacy voice revenues and fixed broadband margins in our retail business.”

Russell said there is a lot to work through at Vocus despite having great growth opportunities. “It’s all doable, but it takes time,” he added.

Also speaking to shareholders was chairman Robert Mansfield, who took aim at NBN Co and urged the government to clarify the policy settings around infrastructure competition to avoid a potential monopoly of NBN Co.

Mansfield said that now is the time to clarify both the policy settings and the enforcement of those settings to give private investors certainty to build infrastructure without being devalued by a “taxpayer subsidised competitor”.

“As the operator of a major fibre network, Vocus has earned the right to call out a shift in the market which could be causing infrastructure investors to reconsider how they allocate their capital,” Mansfield said.

“Taking a long-term view, do we really want a market where we discourage infrastructure competition? I raise this issue because Vocus is well-placed to grow our business in a market that has the right policy settings to promote investment.”

Mansfield added that he was encouraged by recent statements from the government that it views infrastructure competition as “a positive thing,” a sentiment that Vocus “wholeheartedly endorses.”

Russell also took aim at the government-funded network, claiming that Vocus is seeing behaviour and communication from NBN Co that is inconsistent with its wholesale-only mandate.

“Vocus supports NBN presence in the enterprise market. Properly executed, it should improve competition in underserved areas; it should improve retail competition due to NBN’s position as a wholesale-only, transparent and non-discriminatory provider; and it should support and encourage private investment,” Russell said.

“However, instead, what we are seeing is taxpayer funds being allocated to building fibre to areas that are already very well served by infrastructure built by private enterprise.”

Russell previously criticised the network's pricing model, calling it “broken” due to its monopolistic nature, prioritising cost recovery over “recognising the real value” of the network.

Vocus also addressed the multi-billion dollar offers it received earlier this year, both of which were unsolicited and unsuccessful.

The company received a $3.26 billion offer from global infrastructure investment firm EQT Infrastructure in May, which eventually fell apart in early June. Energy retailer AGL shortly offered a lower bid at $3 billion, but talks ended after one week.

Mansfield insisted that Vocus “was not and is not” for sale, but conceded that the offers were “at a level that the board believed shareholders would want us to explore.”

“The bidders decided that whilst our assets and the market opportunity were very attractive, they could not balance the execution risk at this relatively early stage of the turnaround with integrating these assets into their business models,” Mansfield said.

“Despite the outcome, I was pleased with the way we handled the process.”