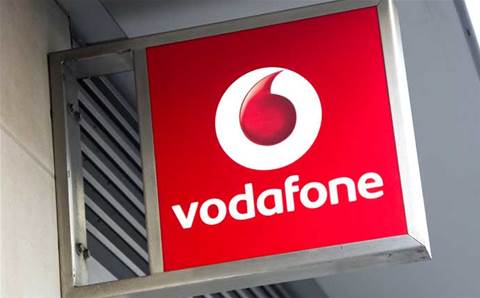 Vodafone Australia will launch 5G services “in the first half of 2020” on a network comprising end-to-end Nokia equipment, meaning it has found a workaround to the government’s ban on using Huawei gear.

CEO Iñaki Berroeta said the telco had struck a minimum five-year deal with Nokia that “enables Vodafone to place orders with Nokia for site delivery, thus allowing Vodafone to scale up or down the pace of its 5G rollout according to its requirements.”

Berroeta said the Nokia partnership “was the final step in a long process following the federal government’s security guidance in August 2018.”

That guidance saw Huawei and ZTE banned from Australian 5G networks, a move Vodafone warned would change the economics of 5G builds.

“We have been preparing for the evolution of 5G for a long time,” Berroeta said.

“Our focus has always been to deliver the best possible mobile service for our customers.

“With 5G devices only just starting to become more widely available, now is the right time to start rolling out 5G.”

Vodafone said it would switch on its first group of 5G sites “in and around Parramatta” in Sydney’s west in the coming months.

“The sites originally made up a test network which Nokia used to demonstrate its technology but are now set to become the first area of commercial coverage for Vodafone’s 5G network and will soon be available to Vodafone customers with a compatible 5G device,” the telco said.

Berroeta suggested that Nokia had been instrumental in creating the economically viable workaround model.

“Nokia presented an advanced 5G Roadmap that will enable 5G for Vodafone in all the spectrum bands currently in use for 4G, and implementation of new generation 5G Massive MIMO antennas, delivering substantially increased gains in capacity and performance,” Vodafone said in a statement.

“Nokia’s end-to-end portfolio has a key role to play here, with this deal including 5G radio access network (RAN), IP/Optical, Microwave, deployment and managed services, as well as software.”

Vodafone's move is interesting, not least because it is currently attempting to merge with TPG in a $15 billion deal that is, in part, designed to bring to market a "competitive" 5G value proposition.

The merger was opposed by the Australian Competition and Consumer Commission (ACCC) and is currently before the courts. A date for judgment has not been set.

The ACCC opposed the merger because it believed Vodafone could survive on its own without combining with TPG.

Vodafone's ability to now participate in 5G independently of TPG appears to confirm the commission's suspicions. It could also put pressure on TPG, given there may be alternative models in the market to cost effectively launch 5G services.