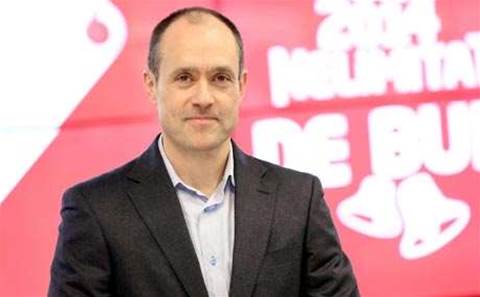 Vodafone is offering unlimited international calls to its customers this weekend to commemorate its 21st anniversary in Australia.

The telco's customers are able to call any landline or mobile phone in USA, China, UK, India, South Korea, Hong Kong, Singapore, Thailand, Malaysia and New Zealand for no cost between 00:01am Saturday 18 October and 11:59pm Sunday 19 October.

"There is no limit to the number or length of the calls," said Vodafone in a statement, although a fair use policy does apply.

The offer is available to all existing customers or anyone who joins the telco on or before Sunday. Prepaid customers who don't have international calling included in their normal service can still make free calls to the 10 designated countries over the weekend.

"Australia is a multicultural place, and around 40 percent of Vodafone’s customers were born overseas. Because so many of us have friends and family living and travelling overseas, we thought this was a great way to celebrate," said Vodafone chief executive Iñaki Berroeta.

"The Australian telecommunications industry would be vastly different if Vodafone wasn’t fully invested and committed to creating a truly competitive environment," said Berroeta. "I would like to thank our customers for their loyalty. We have many customers who have been with us for the majority of our 21 years in Australia."

Despite spending $3 billion in infrastructure in the past three years, Berroeta admitted earlier this year that negative perceptions still lingered since a series of network failures in 2010.

Sister publication iTnews reported in May that Vodafone had dropped below five million retail subscribers for the first time in four years, after losing one million mobile customers for the year ending 31 March 2014.