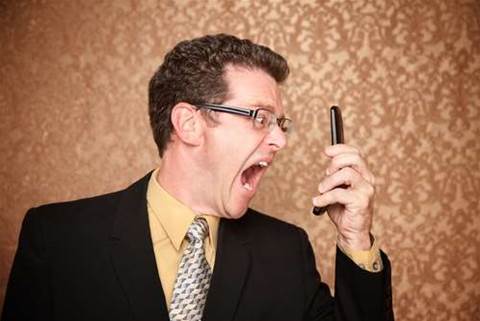 A class action lawsuit backed by 23,000 angry customers will be launched against Vodafone tomorrow.

The lawsuit, led by law firm Piper Alderman, was first floated in December 2010 in reaction to the mass 'Vodafail' movement - spurred in part by the launch of a website dedicated to highlighting the issues affecting the telco's customers.

At the time, Piper Alderman said it had 20,000 people interested in a class action suit.

It said it had been investigating customer issues with the telco and encouraged users to rally against 'calls dropping out, reception issues, poor data performance and lack of value'.

The law firm revealed today it will announce plans to proceed with the class action lawsuit tomorrow.

A spokesperson said 23,000 people had registered to join the lawsuit, and the firm was expecting double that amount following tomorrow's announcement.

It said it will not officially instigate proceedings for three months.

The company declined to comment further until tomorrow's announcement.

Vodafone said it had not been contacted about the lawsuit.

"Vodafone is aware that a law firm which is known for promoting class actions has repeated longstanding plans to proceed with action against us," it said in a statement.

"That firm has not contacted Vodafone directly about this since it first threatened action in 2010, nor has it sought to discuss the claims of any customers it represents in the class action with Vodafone.

"Vodafone would like to hear from any customer who has encountered difficulties with the network and we encourage customers, past and current, to contact us directly so that we can discuss ways to resolve any concerns they have."

The company revealed last night it had lost $393 million and 443,000 customers last year.

The loss, recorded by Vodafone parent company Hutchison Telecoms Australia, is almost double that of the $167.7 million loss it experienced in 2010.

Its customer base fell to 6.6 million, with a 16.8 percent drop in customer service revenue to $1.8 billion.

The telco is currently undergoing a restructure which has seen it slash jobs and dump its Crazy Johns brand. The company said the changes would not be felt for the next twelve months and it expected 2013 to remain challenging.

It is expected to deliver its 4G network this year.