Vodafone to take ACCC to court over domestic roaming 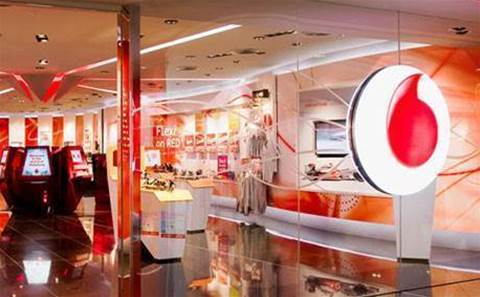 Vodafone will drag the Australian Competition and Consumer Commission to court for its decision not to force telco's to give competitors access to their networks in regional areas.

The competition watchdog early last month handed down its draft decision, indicating it would not likely declare a wholesale domestic mobile roaming service.

The decision was a big win for Australia's largest telco, Telstra, which said that declaring the service would allow its competitors to "free load" on its multi-billion dollar infrastructure investment and disincentive telcos to invest in regional areas themselves.

Vodafone, on the other hand, said that regional Australians were "held hostage by Telstra" and that it would deny customers increased coverage, competition and choice.

The telco has requested a judicial review into ACCC's decision, saying that the process to make the determination was "flawed".

"We do not believe the process has been carried out properly because a specific domestic roaming service has not been defined by the ACCC. The process is failing consumers because it is too vague," Vodafone said today in a statement.

"The decision on domestic roaming is too important to regional Australia for the inquiry to continue in a flawed way."

Vodafone said it will continue to work the ACCC, government and industry to improve customer outcomes.

The ACCC launched its inquiry in September in an effort to address issues of lack of telecommunications choice in regional Australia.

ACCC chairman Rod Sims said in May that there wasn't evidence to suggest that declaring a service would increase competition.

"We are extremely conscious of the fact that in regional, rural and remote areas, mobile coverage and choice of service provider are vital issues," said Sims.

"However, the effect declaration would have on competition in regional, rural and remote areas is uncertain. While declaration may deliver choice for more consumers, declaration has the potential to make some consumers worse off," he said.