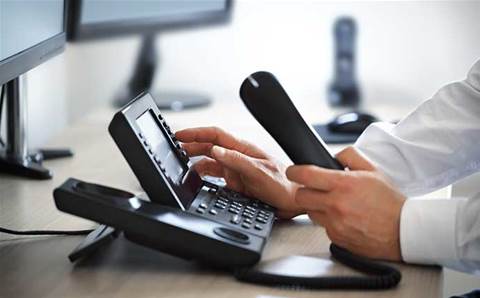 Wagga Wagga's Professional Data Kinetics has overhauled the national communications network of a regional employment services company with a massive Huawei deployment that marks the vendor's biggest unified communications deployment yet in Australia.

Established in 1991, Sureway Employment and Training is a regional specialist in training and employment solutions.

Sureway needed to expand its IT capabilities to 31 new locations and upgrade its 45 existing offices across the country to deliver a large government contract it had previously secured. The employment specialist also needed to reduce costs and was looking for a supplier willing to commit to a back-to-back service level agreement (SLA) in line with Sureway’s government agreement.

PDK started the project in April 2016 with Huawei as the sole hardware vendor in what is still Huawei's biggest unified communications and collaboration deployment in Australia.

PDK had a 16-week time frame from the date the contract was awarded until customer delivery. The challenging project required a redesign of their network requirements and demanded high bandwidth connections in rural locations in line with the Sureway office fit-out schedule.

"By providing advanced network analytics we have made Sureway’s network reporting and SLA compliance automatic, allowing our customer to have a full overview of the services being delivered," PDK chief executive James Howell said.

Matthew Hall, Sureway’s general manager of corporate services, said: "Good quality video conferencing has also been a major benefit. That’s a function of both Huawei’s hardware and the PDK network. Videoconferencing for management has become very important to us, with our wide geographical spread. We had rudimentary video conferencing before, but the quality was so poor it wasn't worth using it."

Hall added that the uptime was "very good" and that by using VoIP Sureway was able to reduce its phone bills "drastically".

"It was a big challenge to get decent bandwidth to smaller sites. The PDK network provided a bonded DSL solution to get bandwidth of up to 80 Mbps, which provides VoIP to all locations. Other providers we were considering couldn’t do that, and PDK offered Huawei equipment throughout, which worked very well with the network’s capabilities and delivered best value to our business," Hall said.

Huawei recognised PDK for the project by giving the provider the Solution Breakthrough award in May 2016.

Following the successful rollout, PDK has since integrated the Interactive Intelligence Call Centre solution to complement the initial VoIP solution and is currently updating Sureway’s network with new NBN links.

Huawei's former channel director, Leo Lynch, said PDK's performance in 2016 had seen the provider become one of Huawei's top 10 reseller partners. "Their ‘big bang’ delivery of Sureway’s 76 nationwide office expansion clearly demonstrates that a regional location and small team is no disadvantage when it comes to deploying enterprise-class solutions.

"The year of 2017 also sees Huawei entrusting PDK with our brand reputation rolling out technology for Huawei’s AFL team, the Gold Coast SUNS, in their brand new training facilities in Queensland," Lynch said.