Warring Nutanix and VMware execs meet on a plane ... 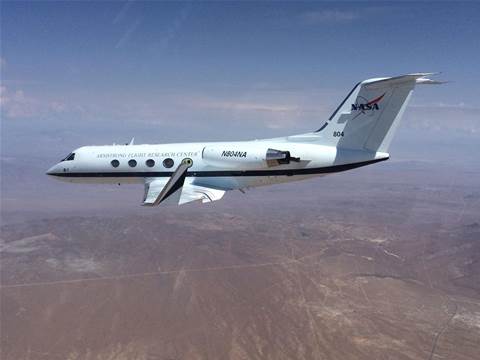 Nutanix CEO Dheeraj Pandey has called VMware a “bully.” VMware Chief Operating Officer Sanjay Poonen has labeled Nutanix a “copycat” of VMware. But when the two adversaries sat next to each other on a recent plane ride, both let their respect for one another be known to the world.

“We may compete, but I have a ton of respect for what [Pandey] has built!” said Poonen on Twitter, posting a photo with the two longtime IT veterans smiling together.

We may compete, but I have a ton of respect for what @dheeraj has built! https://t.co/NtUT5Y7P1Q

Both executives had been guests at a technology conference in France and were departing the country on the same airline.

“Sanjay Poonen and I were #alltogethernow in a unique cloud journey, Lufthansa-class!” said Poonen in a LinkedIn post.

Tempers can sometimes flare up in the fierce battle of IT competition with billions of dollars at stake in an ever-changing market landscape.

Last year, Poonen took a shot at Nutanix after the company acquired Frame, saying Nutanix was copying VMware’s technology playbook. "When Nutanix has gone down stack to try to build their own hypervisor, across stack to build their own networking, and now going up stack to compete against [VMware] Horizon—we view it as sort of a copycat, wannabe VMware move," said Poonen in an interview with CRN.

A few months later, Pandey accused VMware of targeted bullying tactics towards Nutanix customers, posting a story dubbed “Stop Being A Bully, VMware!” “It’s just not right. Somebody’s got to fight on behalf of the customer,” said Pandey in an interview with CRN.

Looking to 2020, both VMware and Nutanix have bullish technology strategies.

VMware is positioning itself as the hybrid cloud software kingpin with bold solutions like VMware Cloud Foundation. The company is also striving to become the leader in Kubernetes and completely disrupt the security market. This month, VMware closed its US$2.6 billion acquisition of endpoint security specialist Carbon Black.

Founded in 2009, San Jose, Calif.-based Nutanix embarked on a bold mission two years ago to completely transform the business from an HCI appliance specialist into a solely software and subscription company. Nutanix has drastically reduced the amount of hardware it sells and is now focused on giving customers choice to install its software on any major hardware platform. Subscriptions now make up a whopping 71 percent of Nutanix’s business—on track to exceed the company’s previous goal of 75 percent by the end of calendar 2021—while hardware now accounts for only 4 percent of total revenue.