Was Tesla driver killed watching DVD with 'autopilot' on? 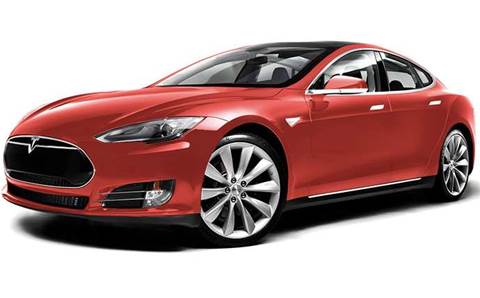 A digital video disc player was found in the Tesla car that was on autopilot when its driver was killed in a 7 May collision with a truck, Florida Highway Patrol officials said on Friday US time.

Whether the portable DVD player was operating at the time of the crash has not been determined, however, witnesses who came upon the wreckage of the 2015 Model S sedan gave differing accounts on Friday US time about whether the player was showing a movie.

Questions of why the car did not stop for a turning truck, and whether the victim, Joshua Brown, was watching the road are critical for Tesla Motors. The luxury electric car maker is facing a preliminary inquiry by federal regulators over the safety of the Model S Autopilot system that was engaged at the time of the crash in Williston, Florida.

It could be weeks if not months before officials make a final determination of the cause of the crash, the first known fatality of a Model S driver while using Autopilot. Meanwhile, the accident is stoking the debate on whether drivers are being lulled into a false sense of security by such technology.

A man who lives on the property where Brown's car came to rest some 300m from the intersection where the crash occurred said when he approached the wreckage 15 minutes after the crash, he could hear the DVD player. An FHP trooper on the scene told the property owner, Robert VanKavelaar, that a "Harry Potter" movie was showing on the DVD player, VanKavelaar told Reuters on Friday US time.

Another witness, Terence Mulligan, said he arrived at the scene before the first Florida state trooper and found "there was no movie playing".

"There was no music. I was at the car. Right at the car," Mulligan told Reuters on Friday US time.

Sergeant Kim Montes of the Florida Highway Patrol said on Friday US time that "there was a portable DVD player in the vehicle", but wouldn't elaborate further on it. She also said there was no camera found, mounted on the dash or of any kind, in the wreckage.

Brown, 40, of Canton, Ohio, was the lone occupant of the Tesla and was killed in the crash that sheared off the roof of the car. He was a Tesla enthusiast and a former Navy SEAL who ran a technology company, according to his family and his company's website.

Mulligan said he was driving in the same westbound direction as the truck before it attempted to make a left turn across the eastbound lanes of US Highway 27 Alternate when he spotted the Tesla traveling east.

Mulligan said the Tesla did not appear to be speeding on the road, which has a speed limit of 65 miles per hour, according to the FHP.

But the car never slowed down, and the remainder of the car, without a roof, kept the same speed after going under the trailer, Mulligan said.

Lawyers for Brown's family released a statement Friday US time saying the family is cooperating with the investigations "and hopes that information learned from this tragedy will trigger further innovation which enhances the safety of everyone on the roadways".

The statement describes the accident as having been "caused by a semi tractor-trailer which crossed a divided highway and caused the fatal collision with Josh's Tesla".

No citations have been issued, but the initial accident report from the FHP indicates the truck driver "failed to yield right-of-way".

The Tesla Autopilot system allows the car to keep itself in a lane, maintain speed and operate for a limited time without a driver doing the steering.

Tesla said in a statement Friday US time, said Autopilot "does not turn a Tesla into an autonomous vehicle and does not allow the driver to abdicate responsibility".

Tesla said on Thursday US time that the white trailer was not easy for the car's cameras to distinguish from the bright Florida sky. An FHP report said the crash occurred on a sunny Saturday afternoon.

Tesla shares fell in after hours trading Thursday US time after the fatality was disclosed, but rebounded to close up nearly 2 per cent in trading Friday.

Next: Information from 'black box'