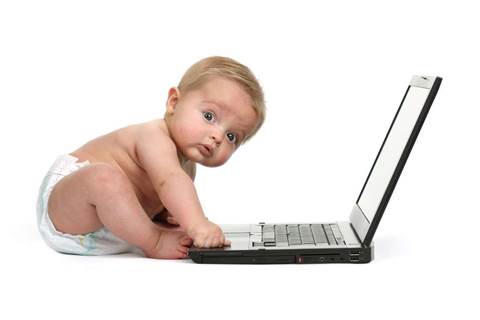 Telstra could be forced to wholesale naked DSL services over its copper infrastructure for the first time, under a new proposal from the competition watchdog.

The move, if adopted, could require the incumbent telco to offer a standalone DSL broadband service to internet service providers without third-party infrastructure, or allow for a 'hybrid' DSL service with 'stripped back' phone line capabilities.

The Australian Competition and Consumer Commission (ACCC) has previously held back from discussing the touchy topic with Telstra and internet service providers, despite a February decision to decrease prices for wholesale access to Telstra's infrastructure.

Such services — which provide a broadband connection without phone line rental — have been available from Telstra's rivals since 2007 but have been restricted to those users connected via non-Telstra ADSL infrastructure.

iiNet last year reported that 131,000 of its customers had a 'naked' connection, making up a significant proportion of the 381,000 subscribers using the company's own infrastructure.

The ACCC's discussion paper coincided with the end of Telstra's two-year trial of residential naked DSL services with "a few thousand" broadband subscribers, established to weigh up the economics of providing such a service.

The trial was effectively a standard DSL service with the telco's cheapest line rental option.

Telstra placed call barring on the line to prevent use of the line for anything but emergency and incoming calls, while subsidising the cost of the line rental for trial users.

Telstra representatives told customers on the trial that there were "no guarantees it will be smooth sailing", as the trial required Telstra staff to manually credit the cost of line rental to the bills of customers involved in the trial.

It has yet to officially announce the outcomes of the trial or further plans with the service. A spokeswoman for the telco did not respond to request for comment by the time of publication.

The ACCC said that while it could allow Telstra not to offer naked DSL services on a wholesale basis, it would also consider whether to mandate a full or 'hybrid' naked DSL wholesale service over Telstra infrastructure.

The hybrid service would effectively be a repeat of Telstra's naked trial.

"Providing a 'stripped back' line rental product could achieve some of the benefits of unbundling while potentially being cheaper and easier to implement than 'full' unbundling," the watchdog noted.

"As with 'full' unbundling, if it chose to permit a 'hybrid' unbundling implementation the ACCC would need to ensure that Telstra recovered all relevant costs associated with providing a 'stripped back' line rental product."

It was unclear what line rental costs, if any, could be charged by Telstra if the hybrid option were adopted.

The watchdog said wholesale naked DSL services would promote competition among ISPs while allowing for efficient use of existing copper infrastructure.

The ACCC's consideration of wholesale naked services over Telstra's copper network would come as a welcome move for the incumbent's rivals, who have pushed for such unbundling since the release of the initial discussion paper.

A joint submission from iiNet, Primus and Adam Internet (pdf) — and authored by law firm Herbert Geer — argued that forced bundling of wholesale DSL and line rental came as "a simple and effective way to increase revenue and boost subscriber numbers on the PSTN" for Telstra.

"There is no technical impediment or reason that requires the two services on the line, but rather it is a commercial decision of Telstra that impedes competition and prevents consumers from being able to obtain the type of service that they want," the submission stated.

However, Telstra has vehemently opposed the move, claiming that bundling was a requirement of the telco's "core systems and platform design" (pdf).

"ADSL services can only be provisioned where a telephone line has been provisioned at the end-user's premises. That core systems/platform limitation applies to both wholesale and retail services," it stated.

Telstra separately claimed (pdf) it would be unable to recover the cost of providing wholesale services if forced to wholesale naked DSL features.

Bundling services allowed it to provide a better quality service, according to Telstra, including a more comprehensive test for network faults and the ability to avoid the corrosions in copper joints on the network "as a direct result of the wetting current".

"These benefits are not available if the requirement for an underlying PSTN service on the line is removed," it said.

Cloud application revenue made easy
By James Hutchinson
Jul 10 2012
8:09AM