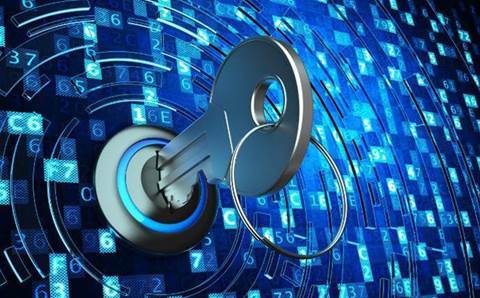 WatchGuard has expanded its partner program beyond network security, enabling solution providers focused on Wi-Fi or multifactor authentication to qualify for financial incentives.

The cybersecurity vendor said partners that get sales and technical certifications around the company's secure Wi-Fi or multifactor authentication offerings will now be eligible for front-end and deal registration discounts, said senior vice president of marketing Michelle Welch. Solution providers previously had to be credentialed in network security to become a WatchGuardONE partner program member, she said.

"I hope that the partners all love the new routes to entry," Welch told CRN USA exclusively. "There's no product portfolio left behind."

WatchGuard has been in the network security space for more than two decades, Welch said, and in recent years has expanded its portfolio to include Wi-Fi and multifactor authentications. Specifically, she said WatchGuard's Wi-Fi offering started three years ago as an extension of its Firebox appliance, while the company's authentication capabilities come courtesy of its August 2017 acquisition of Datablink.

Multifactor authentication will be a top purchasing priority for partners and end users in the coming years, Welch said, but many SMB and mid-market customers still don't have an offering in place. For this reason, Welch said WatchGuard will often end up filling a gap in the customer's security posture rather than embarking upon a rip-and-replace project.

As for secure Wi-Fi, Welch said WatchGuard provides access points that offer additional sophistication and can be controlled by the firewall or through WatchGuard’s Wi-Fi cloud management platform. The company provides a true security layer on top of existing Wi-Fi tools to better protect employees and guests connecting to the network, according to Welch. As a result, Welch said there's often not a need to rip and replace the existing architecture.

Welch hopes adding specialties around Wi-Fi and multifactor authentications will allow WatchGuard to grow its partner program ranks to above 2000. To gain access to the entry-level Silver tier, Welch said partners must pass a technical exam around either network security, Wi-Fi or multifactor authentication and complete four, 20-minute sales training courses around the same technical competency.

Silver-level partners with a single specialization are eligible for a 5 percent front-end discount as well as a 15 percent deal registration discount, according to Welch.

"This makes it easier for partners to make more money," she said.

The next tier up, Gold, requires two solution provider employees to hold technical and sales certifications around WatchGuard products, Welch said. Both certifications can be around the same products, or the partner can have one certification around two different products, according to Welch.

Gold partners are eligible for a 10 percent front-end discount, a 5 percent back-end rebate, a 2 percent co-op, and a 15 percent deal registration discount, according to Welch.

The highest tier, Platinum, is invitation-only and requires that at least one employee hold technical and sales certifications across all three technological areas, according to Welch. Platinum partners are eligible for the same front-end and deal registration discounts as Gold partners, she said, and can take advantage of a 7 percent back-end rebate, a 4 percent co-op, and a dedicated executive sponsor.

"It's an excellent opportunity for partners to expand their training capabilities," Welch said.

Copyright © 2018 The Channel Company, LLC. All rights reserved.
Tags:
security watchguard
By Michael Novinson
May 2 2019
6:22AM