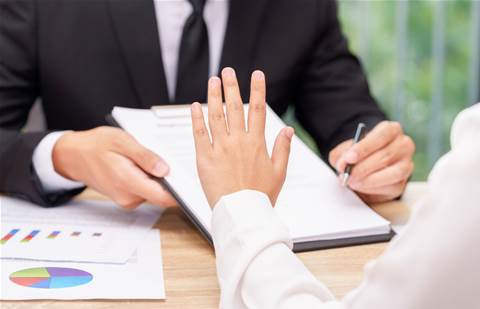 A financial services firm engaged by Cirrus Networks has found Webcentral’s offer to take over the managed services provider was undervalued by between 0.6 to 1 cent per share, according to its independent report.

Sydney valuation services firm Lonergan Edwards & Associates said Webcentral’s offer of 3.2 cents per share was “neither fair nor reasonable”, valuing Cirrus Networks at between 3.8 cents to 4.2 cents per share.

The company arrived at the estimates with a formula that takes into account Cirrus’ enterprise value, net cash, tax losses, cash from exercise of “in the money” options (collectively as the equity value).

Lonergan Edwards also based its assessment on the Australian Securities & Investments Commission (ASIC)’s regulatory guide 111 - content of expert reports, saying an offer is “fair” if the value of an offer price is equal to or greater than the value of the securities in question.

“As the consideration offered by Webcentral of $0.032 cash per share is less than our assessed value of the ordinary shares in Cirrus on a 100 percent controlling interest basis, in our opinion, the offer is not fair when assessed under the guidelines set out by [ASIC],” the report read.

“In our opinion, most potential acquirers of Cirrus could achieve significant cost savings, a high proportion of which could be achieved relatively easily. The offer price does not reflect an appropriate share of the value benefit associated with the synergies that are expected to arise.”

Cirrus Networks said it continues to believe that it remains “very well placed” for organic growth through a focus on improved earnings from revenues generated by higher margin services contracts and “disciplined” overhead cost controls.

“[Cirrus]'s diversified geographic base is also expected to provide a platform for further expansion,” the company said. “Consistent with its growth aspirations, the company continues its active pursuit of complementary acquisition targets.”

The company also continues to encourage shareholders to reject the Webcentral offer.

Cirrus also revealed that its chief financial officer Matthew Green, through his Green Future Fund Trust, acquired 862,500 Cirrus shares at 3.5 cents per share last week. The boost increases the combined stock holdings of Cirrus directors, management and their associates to 16.66 percent of all shares, up from 16.59 percent.

The company said this also means Webcentral won’t be able to meet the 90 percent compulsory acquisition threshold as per the current terms of the takeover offer.

Webcentral first made the takeover bid in early August, looking to buy out Cirrus despite holding 8.86 percent of its shares. The offer was promptly rejected, resulting in a back and forth between the two companies.

Webcentral stood firm on the offer, citing what it believes is Cirrus's financial underperformance in the MSP's FY2021 results. It also revealed plans to oust most of Cirrus's board directors and replace them with Webcentral executives. Cirrus has fought back both attempts, denying the financial performance claims and showed its board directors were united against Webcentral's bid.