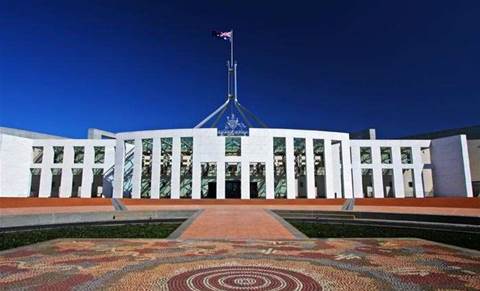 Today we cover government contract wins by ACT Logistics, Data#3 and BDNA, and some new tenders. We also recap some of the week's key headlines, including the ACCC’s win against NBN Co, why the ACT government is throwing another $50 million at its digital health record program and the commissioning of Accenture to review the ASX's troubled  CHESS software replacement.

The RBA and ASIC have welcomed the ASX commissioning Accenture to review delays to the blockchain-based core system which will replace CHESS: ‘clearing house electronic subregister system’. Both regulators stated that it is “disappointing” that the new system’s go-live date has been postponed another 18 months.

The ACT government will invest $50.8 million in its digital health record to support the platform’s implementation ahead of go-live later this year, according to territory’s budget 2022-23.

It builds on the $151 million, including $106 million in capital, provided in the 2018-19 budget for the digital health record that will be used to capture all clinical interactions with patients.

Data#3 on a roll, scores a $5 million tender with VicGov

Data#3 has won a $5 million tender to supply Cisco equipment and support services to VicTrack. It follows the Brisbane-based managed services provider winning a $3.7 million, three-year contract with the Attorney General's Department to provide Microsoft products and a $48 million Microsoft deal with NSW Department of Planning and Environment late last month.

BDNA has won a $4.5 million contract with Victoria Police for a new forensic laboratory information management system. The same company migrated Tasmania Police’s 30-year-old IT systems and replaced it with a modern police record systems in December 2019.

NBN Co will withdraw its special access undertaking from ACCC review and make “substantive changes” to it in line with a revised set of expectations coming from the new federal government.

The NSW government released a tender for an analytics and business intelligence platform used as a customer service solution across multiple government agencies. The tender closes on 30 August 2022. Its estimated value was not included.