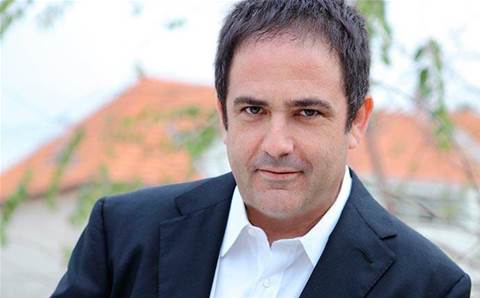 Westcon-Comstor has forged an Australia and New Zealand distribution partnership with Cato Networks, the software-defined networking vendor established by Shlomo Kramer, one of the founders of Check Point Software and Imperva.

Cato promises to upend the MPLS market with its SD-WAN product, which combines networking and security functionality and can be installed as an appliance or deployed on existing networking devices.

The company's Cato cloud network connects points-of-presence around the world and can automatically determine the optimal path between two locations.

Kramer was in Sydney to launch the partnership with Westcon-Comstor, which comes just over a year after the vendor emerged from stealth mode.

Cato is Kramer's third startup, having introduced the first firewall to the market as a co-founder of Check Point Software, and later launching the first web application firewall as a founder and chief executive of Imperva.

He told CRN that Cato would allow the IT channel to win MPLS opportunities that were previously the domain of the telecommunications carriers.

"We are seeing everyone recognise this architecture is not suitable for the new traffic pattern driven by mobility and cloud.

"In the next 10 years this $US70 billion is going to change hands to the new architecture. So you want to get on the market," Kramer said.

"We have a big geographic area in Australia; nobody has contiguous fibre. Effectively we have to use certain telco organisations to cobble different pieces together in a hub-and-spoke method.

"That is legacy thinking. If we could use pieces of fibre to connect into this 'Cato ring' that they have, it simplifies things completely," said Grauman.

"Any large organisation in Australia, it makes life for them simpler – and they only need to deal with a single provider.

Cloud application revenue made easy
By Steven Kiernan
Feb 28 2018
7:13AM