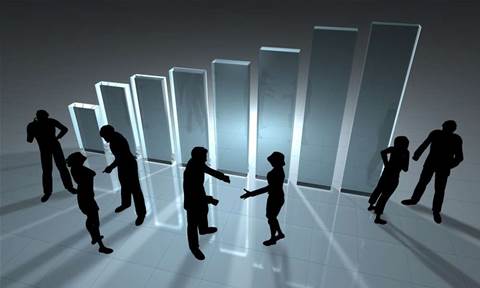 Westcon vice president of Asia Pacific Wendy O’Keeffe plans to buy three to five regional distributors in the next three to 18 months as part of a major expansion strategy.

O'Keeffe will also step in as acting managing director of the Australian operations from 1 June, replacing Leigh Howard who has resigned.

Further, O’Keeffe revealed that Westcon would open an Adelaide office on April 18, the distributor’s first office opening in ten years. The South Australian customer base had previously been managed out of Weston's Western Australian office.

“Fifteen months ago we embarked on a strategy to try and get more coverage in Asia. One of things that drove that was our customers globally are becoming much more multi-national in their reach.

"There’s much more requirement for them to reach into specific countries that they may not actually be in,” she told CRN.

In the past fiscal year ending February, Westcon reported about $US500 million in revenue in the Asia Pacific excluding India. India falls under the group's Middle East and Africa region.

Westcon's plan in the next three years is to double that to $1 billion.

“In the next 12 months we’ll take the business from where it has just finished at about $US500 million to just under $US600 million and that’s excluding acquisitions,” she said.

Westcon’s short term growth plan involved acquisitions in emerging markets of Vietnam, Thailand, the Philippines and Indonesia. Those countries currently provide US$22 million to US$23 million in revenue for the group.

She said Westcon also planned to enter untapped markets in the greater China, Hong Kong, Taiwan, Korea, Japan; and grow the distributor's footprint in mature markets such as Australia, Singapore and New Zealand (where Westcon bought Datastor in 2009).

“Mature markets for us are about optimising what we have and in Australia we think we have an opportunity to grow around 25 percent this year-on-year, which is fairly ambitious," she said.

“It might well be that we have relatively new vendors or there might be a customer segment we’re not taking advantage of."

O’Keeffe said Westcon’s global partnership with Cisco would also grow as it expanded into new regions. “With the introduction of video through Cisco we’re seeing a lot of interest around that. And we think there’s an opportunity to build out that partner base,” she said.

And, in Australia popular technologies and partner opportunities were around infrastructure, switching, routing and networking, as well as security, and unified communications.

Leigh Howard, who has resigned as managing director was promoted to the role in March 2010. He joined the company as sales director in 2002.

Prior to moving to Australia, Howard headed up the Westcon UK sales division as sales director.

Westcon planned to replace Howard with a suitable candidate.

But, O'Keeffe, confident of her growth plans, said she planned to recruit in other divisions to offer “unique value propositions” to help resellers cut costs out of their business.

“[This week] we launched an initiative to help our customers with managing technical certifications. A lot of resellers don’t have systems, so we’ve recognised that,” she said.

Westcon had last month launched a cloud business separate from the rest of its business and created a new role in Asia, general manager for cloud.

It has also launched a cloud aggregator platform called Rainmaker which was in beta in Europe.

“That platform is in its infancy. The cloud discussion for me is that I believe you need a separate cloud division in distribution. My view is that our role in cloud is exactly the same as our role today as a distributor, we’re just moving product in a different way.

“The reseller can go to the vendor to manage to SaaS solution or distribution can distribute that and provide billing and reporting services,” she said.

She said the company was hosting forums in US around the topic to gain further feedback.