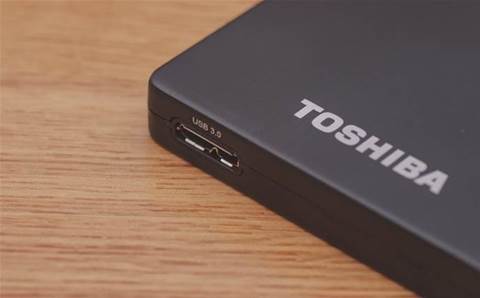 Western Digital, the US partner of Toshiba in a semiconductor venture, is in talks with state-backed fund Innovation Network Corp of Japan (INCJ) and the Development Bank of Japan (DBJ) and would consider a joint bid with them for the chip business, a senior official said on Thursday.

"We want to find a way to ensure we are aligned with INCJ and DBJ," Mark Long, chief financial officer, told Reuters in an interview. Asked whether a joint bid was possible, Long said, "It could be."

Teaming up the government-backed players would give Western Digital a big advantage as it would represent a government stamp of approval.

Toshiba, which expects to book a net loss of US$9 billion for the business year that began this month, is selling most or all of the prized chip unit to fill a vast balance sheet hole left at its US nuclear unit Westinghouse Electric, which last month filed for US bankruptcy protection from creditors.

Western Digital, which operates a flash memory chip plant with Toshiba in Japan, has discussed antitrust issues with the conglomerate, and both agreed they shouldn't be an obstacle to a Western Digital bid, Long said.

"Because of our flexibility and the different ways we can participate, our lawyers are very confident that we can address any trust risks in a way that would help get cash to Toshiba very quickly and then allow enough time for any antitrust review as necessary," he said.

"We have had that discussion with Toshiba’s attorneys and they actually see things very similarly," he added.

Sources have said flash memory competitors such as Western Digital may find it difficult to clear regulators' antitrust reviews by March next year, the deadline for Toshiba to resolve its negative shareholders' equity and stay listed on the Tokyo stock exchange.

Toshiba has narrowed the field of bidders for its chip unit to four suitors, people familiar with the process have said: Western Digital; US chipmaker Broadcom, South Korean rival SK Hynix; and Foxconn, the world's largest contract electronics maker.

Western Digital wrote to Toshiba on 9 April saying the transfer of the chip venture's rights to a new chip unit, which was split off recently without the US firm's consent, violated their joint venture agreements. Western Digital called for it to be given exclusive negotiating rights.

Long said Western Digital has not received a written response from Toshiba, but stressed the company hopes to resolve the issue through dialogue.

(Reporting by Makiko Yamazaki and Kentaro Hamada, with additional reporting by Tim Kelly; Editing by William Mallard and Ian Geoghegan)