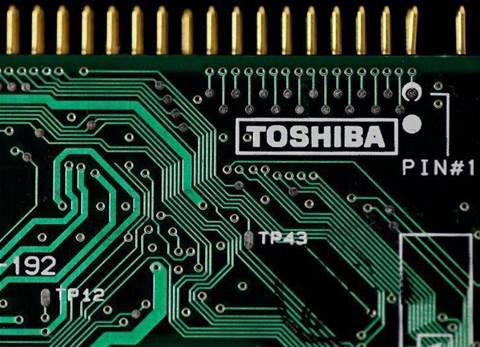 Western Digital has offered to drop out of a group bidding for Toshiba's coveted flash memory chip business to take a stronger position in their joint venture instead, two sources familiar with the matter said on Tuesday.

The move may help Toshiba finally seal a deal to sell the chip business after months of delays, providing it with the funds needed to cover billions of dollars in liabilities arising from the failure of Westinghouse, its US nuclear power engineering subsidiary.

A consortium including Western Digital, US private equity firm KKR & Co, the state-backed Innovation Network of Japan and Development Bank of Japan were previously offering around 1.9 trillion yen (US$21.7 billion) for the chip business, according to people familiar with the talks.

Those talks had stalled in recent weeks, however, as the two sides struggled to come to an agreement over Western Digital's stake in the business, which the Japanese company wanted to limit in an attempt to avoid prolonged antitrust reviews, sources have said.

To help close the deal, California-based Western Digital has told Toshiba it is prepared to pull out of a consortium bidding for the business in order to address such concerns, said the sources, one with direct knowledge of the transaction and one who was briefed on the development.

In return Western Digital is seeking to strengthen its position in the joint venture operations, they said. It is, for example, asking Toshiba to ensure that they invest jointly in a new production line, according to one of the sources.

Toshiba's board is due to meet on Wednesday to discuss the deal, the sources said.

Western Digital's potential participation will be the subject of future talks among the consortium members, said the sources.

Failure to clinch a sale in the next few weeks could mean that it may not clear all necessary regulatory approvals by the end of the financial year in March. That would likely lead to Toshiba reporting negative equity for two years in a row, increasing its chances of its shares being delisted.

A Western Digital spokeswoman said she could not immediately comment while Toshiba said it could not comment on details of the talks.

Toshiba and Western Digital failed to seal a deal by a previously-planned deadline last week due to a disagreement over the US firm's future stake in the business, sources have said.

Negotiations were also complicated by private equity investor Bain Capital's last minute re-submission of a rival 2 trillion-yen offer, bringing in Apple Inc to help bolster its bid, but sources have said Toshiba is still focusing on talks with the Western Digital consortium.