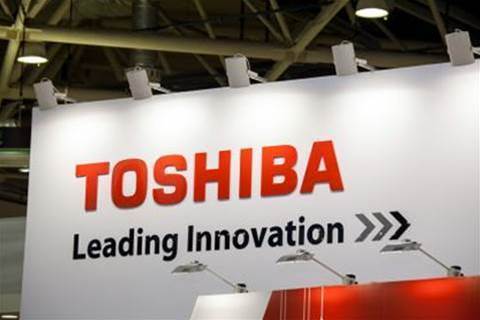 Western Digital could join KKR & Co to bid for Toshiba's chip unit, backing away from an earlier demand for an immediate majority stake, two sources familiar with the matter told Reuters.

The consortium is expected to be the favoured bidder for the world's second biggest producer of NAND memory chips, as the presence of state-backed fund, Innovation Network Corp of Japan (INCJ), and the Development Bank of Japan (DBJ) will be taken as the government's stamp of approval.

The concession by Western Digital could be a turning point in the hotly contested auction for the unit, which Toshiba has valued at at least 2 trillion yen (US$18 billion). A successful sale is critical to Toshiba's recovery after massive cost overruns at nuclear unit Westinghouse plunged it into crisis.

The California-based firm had told Toshiba it needed a stake of at least 51 percent for the chip unit to be competitive but it was not seen as a strong bidder after submitting one of the lowest bids in the first round of offers, sources have said previously.

The sources said Western Digital is now open to being a minority investor for the time being and plans to increase its stake to more than half when INCJ and KKR seek an exit from their investment.

But it is not clear whether the trade ministry would allow such a move, they said, declining to be identified as they were not authorised to speak to the media on the matter.

The ministry has insisted that the chip unit should not fall under the control of a foreign manufacturer as semiconductors are important from the standpoint of national security, the sources said.

A representative for the trade ministry was not immediately available for comment. An INCJ spokeswoman said the fund would not comment on speculation.

Other suitors for the chip business include US chipmaker Broadcom which has teamed up with private equity firm Silver Lake, and Bain Capital which has partnered with South Korean chipmaker SK Hynix, sources have said.

Taiwan's Foxconn, formally known as Hon Hai Precision Industry, also formed a consortium with its Japanese unit Sharp Corp to bid in the second round, they said.