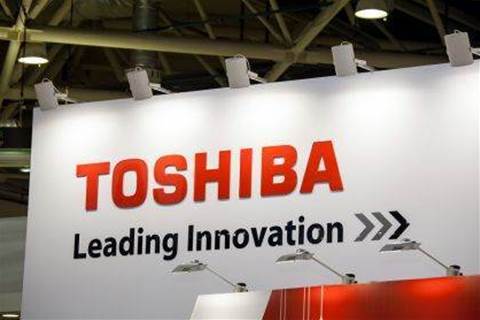 Western Digital has elevated its case against Toshiba to the International Court of Arbitration, as it attempts to block the Japanese firm from selling off its chip unit without its consent.

Toshiba's semiconductor plant, which is jointly operated by Western Digital, is currently in the process of being carved off in an auction set to raise as much as US$18 billion. Toshiba is depending on the sale to recuperate from the billions lost in its now bankrupt US nuclear unit.

As part of that process, Toshiba has reportedly formed a new subsidiary known as Toshiba Memory without the consent of Western Digital, which the latter argues is a breach of the contract terms. Plus, Western Digital is not among those considered a favoured bidder, having put in an offer much lower than rival firms, according to Reuters sources.

As a result, Western Digital is now seeking arbitration with the International Chamber of Commerce over the joint ventures, demanding that Toshiba reverse its decision to create a subsidiary and stop the sale of its units until it gives consent.

Following the take over of SanDisk by Western Digital in 2016, the company gained a stake in 'Flash JVs', three NAND flash-memory ventures that the company operates alongside Toshiba.

"SanDisk and Toshiba agreed to protect their interests in the joint ventures by prohibiting transfers without the consent of the other party," said Western Digital CEO Steve Milligan, in a statement. "Toshiba's attempt to spin out its joint venture interests into an affiliate and then sell that affiliate is explicitly prohibited without SanDisk's consent."

Western Digital maintains that all efforts to come to a resolution have so far been unsuccessful, and that "legal action is now a necessary next step". It added: "We firmly believe that we provide Toshiba with the optimal solution to address its challenges, and that we are the best partner to advance its legacy of technology innovation."

Toshiba has unsurprisingly rejected these claims, as it believes its legal responsibility was shifted over to its subsidiary Toshiba Memory. Toshiba's CEO Satoshi Tsunakawa told a news conference that the sale would push on ahead, and would remain on track for a second round of bidding on Friday, according to Reuters. A consortium made up of KKR and Japanese government-backed investors are considered to be the most likely to secure the semiconductor unit.

Bloomberg reports that the arbitration process is likely to be carried out by a three-person panel in San Francisco, and could potentially last up to 24 months.