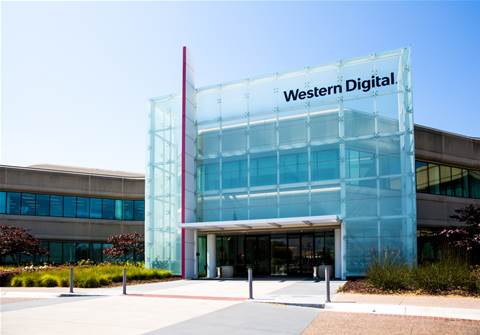 Activist investment company Elliott Investment Management said Tuesday that it is asking Western Digital to split into two companies, one focused on spinning hard drives and the other on flash drives, as a way to maximize the value of both technology lines.

Elliott disclosed that it owns a US$1-billion stake in Western Digital representing over 6 percent of the company’s shares, making it one of its largest investors. Elliott also said it would invest US$1 billion or more over its current Western Digital stake in a separate flash storage business, giving that business alone an enterprise value nearly as high as Western Digital in its current form.

Investors reacted strongly to the news, driving Western Digital’s share prices up by over 15 percent midway through Tuesday’s trading session.

Western Digital’s board of directors, in a prepared statement Tuesday, acknowledged the letter from Elliott Management and responded that it agrees the company is an excellent yet undervalued company with strong positions in the flash drive and spinning hard drive business.

“Our Board of Directors is committed to acting in the best interests of all our shareholders and will carefully consider Elliott’s ideas. Western Digital is a leading data infrastructure company focused on executing its strategy to capitalize on the huge market opportunity stemming from the rapid global adoption of the cloud and the expansive and growing ecosystem it supports. ... Our CEO, David Goeckeler and the Board of Directors have explored a range of options to unlock and deliver long-term value and we will continue our ongoing dialogue with our shareholders,” the board wrote.

Western Digital declined to respond to a CRN request for more information, replying that it will not comment beyond the prepared statement.

West Palm Beach, Fla.-based Elliott Investment Management unveiled its proposal in the form of a 13-page letter to Western Digital.

In the letter, signed by Managing Partner Jesse Cohn and Senior Portfolio Manager Jason Genrich, Elliot said that Western Digital has a strong competitive position as the second-largest hard drive manufacturer in an industry where demand for enterprise hard drives outweighs the steady decline in client device hard drive sales.

Elliott said Western Digital’s 2016 acquisition of flash storage developer SanDisk, as well as a long-term relationship with Kioxia, gives the company a strong base in the flash storage business.

Kioxia was carved out of Toshiba and was at one time presumed to be a potential acquisition target for Western Digital.

“Unfortunately for the Company and its shareholders, none of these benefits have been realized. By any objective measure, Western Digital has underperformed—operationally, financially and strategically—as a direct result of the challenges of operating two vastly different businesses as part of the same company. This underperformance is particularly disappointing given the Company’s great potential in both businesses,” the investment company wrote.

Elliott Management told Western Digital that splitting the storage vendor into two companies would result in a huge growth in value.

“We believe a full separation of the Flash business can allow both HDD and Flash to be more successful and unlock significant value. By executing on a separation, we believe Western Digital’s stock price could reach US$100+ per share by the end of 2023, representing uniquely attractive upside of approximately 100 percent,” Elliott wrote.

Elliott also said it was ready to back up its expectations of increased value with an additional investment in the flash side of the company.

“In addition to our public investment in Western Digital, Elliott is also offering US$1+ billion of incremental equity capital into the Flash business at an enterprise value of US$17 [billion] to US$20 billion (a valuation close to the Company’s entire current enterprise value), which can be utilized either in a spin-off transaction or as equity financing in a sale or merger with a strategic partner. This investment proposal underscores our conviction on the merits of a separation as well as our belief in the long-term prospects of the Flash business,” Elliot wrote.