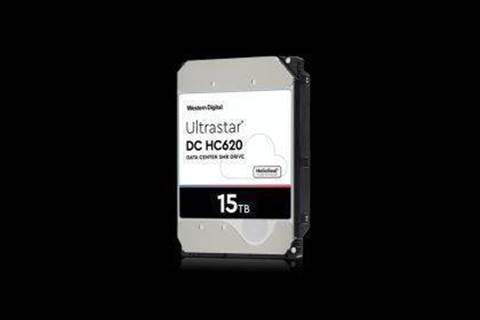 The company suggested it could be used to power smart city data centres where huge amounts of data, such as video surveillance and legacy information, needs to be stored for regulatory compliance.

SMR (Shingle Magnetic Recording) hard drives are able to pack in higher storage capacities compared to a similar physical-sized HDD because the data can be stored on overlapping grooves. However, they're not really suitable for reuse and as such is a perfect solution for the problem of storing data that needs to be kept for long periods of time.

The 15TB Ultrastar DC HC620 HDD drives can be combined together in a 4U60 HDD enclosure, offering a total capacity of up to 900TB. The company said this offers an extra 60TB per rack compared to its previous highest capacity HDD (14TB).

This presents significant financial savings where businesses are charged on a watts per terabyte basis, also meaning physical space is saved because fewer HDDs are required.

“With data continuing to grow at unprecedented rates, many hyperscale and cloud storage customers know that their workloads trend toward data that is written sequentially. In these instances, customers are optimizing their infrastructures with the lowest TCO and the maximum capacity," said Eyal Bek, vice president of product marketing, Western Digital.

“By capitalising on our highest-capacity SMR storage solutions, our customers' investment can not only be fully leveraged today, but for subsequent generations of SMR areal density improvements for continued infrastructure optimization."