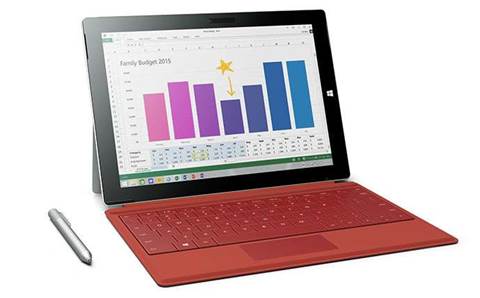 According to the university, some newly enrolled students will receive the device as part of the university’s ‘Connect and Collect Day’ held at its Parramatta campus.

The devices will be given to students studying a range of courses from the School of Science and Health, Social Sciences and Psychology and School of Nursing and Midwifery.

Western Sydney University acting vice-chancellor professor Denise Kirkpatrick said: “Several years ago, [Western Sydney] became one of the first universities to provide devices to students as part of its flexible learning program. The 2016 program see the university working with industry technology partners such as Microsoft to determine the most suitable device for each of our courses.”

Microsoft Australia’s managing director, Pip Marlow, said: “With the Surface 3 device students can do all of the things that they used to do on paper. Surface allows students to create, collaborate and analyse problems all with the device since it functions as a full PC, with touch, keyboard and a Surface pen.”

Marlow added that Microsoft had stationed its staff on campus during the enrolment process to offer demonstrations and advice on the usage of the Surface 3 to both staff and students.