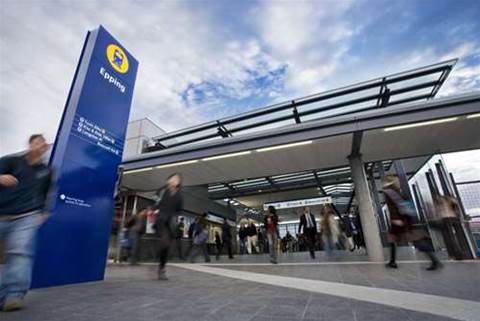 Customers seeking to purchase tickets on Sydney's CityRail were given free tickets during the outage.

Westpac has suffered a major outage after an "air-conditioning problem" at one of its data centres took key services offline.

A bank spokesman said it had "taken out the online banking site and some ATM and eftpos facilities".

She said that air-conditioning to the building was restored this afternoon and that engineers were working to restart the servers.

Blogger Andrew Calvin noted that "the Westpac Bank website is down, and the Westpac/St.George eftpos network is down. Many merchants are affected".

"No eftpos facilities are available at CityRail stations at the moment," Transport NSW said in a statement.

"Passengers are advised to use cash, find an alternative ATM in the area, pay at their destination or pay on return."

Haul, a Melbourne maker of designer iPad covers and Macbook cases - confirmed via Twitter that it had been hit by the outage.

"Our online payment gateway is down (@Westpac bank is experiencing problems)," the tweet read.

Event ticketing service Moshtix also reported issues: "Due to Westpac data centre shutdown, including the ATM and eftpos network this morning, there was a short delay in processing credit cards."

Westpac has since told ABC News Radio that the problem was being felt by customers nationwide [mp3].

The spokesman urged customers with "urgent" transactions to conduct them at a physical branch or to use telephone banking, "both of which are working".

However, at least one Twitter user reported long lines at branches.

"Que [sic] is out the door at #westpac #Lithgow system is down and only two tellers open," ianaltman wrote.

The Westpac spokesman hinted to ABC News that the bank would look at compensating customers or waiving any associated fees.

"Obviously we'll look at those things in the course of this but our priority at this stage is getting our facilities back up and running ASAP," the spokesman said.

Tests confirmed that the Westpac corporate website and internet banking sites were inaccessible earlier this morning.

Corporate site access appeared to have been restored at about 8.40am AEST time but internet banking remained inaccessible an hour later.

The outage came less than a day after Westpac revealed a $3.96 billion statutory profit for the first half of the financial year.

The bank also touted a substantially increased IT headcount in support of a five-year, $2 billion upgrade designed to address legacy technology issues.