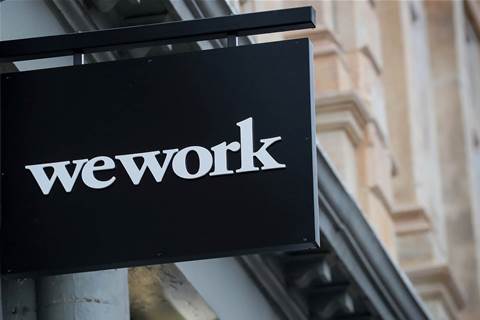 WeWork's US$47 billion valuation as it heads toward what may be the year's largest initial public offering after ride-hailing firm Uber has made the flexible office space start-up the envy of landlords and the target of skeptics at a time when rents have barely kept pace with inflation.

To commercial real estate's old guard, many of whose stock prices have gone sideways or worse for half a decade, WeWork - the main unit of recently renamed The We Company - is a disruptor leading the charge toward the shrinking of workspace with a business model unhindered by property ownership.

To its doubters, WeWork is another unprofitable unicorn they question has the ability to flourish in anything other than a hot economy.

It's a debate that will gather steam in the months ahead should The We Company follow through with an IPO after filing the preliminary paperwork last week. Should it take that step by year end, it would likely be the largest IPO in 2019 after Uber Technologies Inc.

Uber, which is asset light, was valued at about US$82.4 billion after its IPO priced on Thursday at the low end of its targeted range. Uber shares recouped early losses of nearly 9% in their debut on Friday to trade 0.89% lower.

WeWork owns little property, preferring instead to lease space others own. Yet its market value is more than twice that of large concerns that own over 100 buildings.

"Everybody wants to get the same multiple that WeWork has," Aarons said. "Every traditional landlord is saying: 'How do I get the investors to view me more like WeWork?'"

'IT'S JUST THE MATH'

WeWork appeals to start-ups and others that find traditional office leases prohibitively expensive and inefficient. Companies have had to lease more space than they needed to plan for growth and then paid for the space to sit vacant.

But WeWork's biggest impact has been to shatter the long-term lease model, allowing contracts as short as one year while also opening up workspace for individual professionals.

Its lofty valuation comes as the digital economy has slashed demand for office space, making it a renter's market despite robust leasing activity that has been spurred by historically low  unemployment rates.

Flex space, or co-working, has been one of the few sources of increasing office demand and its concentration in high-wage tech markets is almost double that of other markets, according to brokerage Colliers International Group.

But WeWork's critics point to its persistent losses and to the risk of relying on revenue from its tenants' short-term contracts to cover its own leases with property owners that can run 10 years or more.

'CULTURE IS THE NEW CAPITAL'

The ease of renting flex-space has driven its acceptance among Fortune 500 corporations while large property owners such as Tishman Speyer and Blackstone's EQ Office now offer curated workplace services under flexible terms.

Today's office tenants have elevated expectations that must be addressed, said Lisa Picard, president and chief executive of EQ Office. "We want everything, everywhere, all the time."

The office building, once largely a statement of corporate identity, now is seen as a culture hub for prospective employees who increasingly expect a workplace to offer a range of services, she said. Those can make a difference in a tight job market.

"Talent is calling the shots," Picard told the Catalyst 2019 conference last week in New York. "Culture is the new capital."

Silicon Valley tech companies realized a decade ago if they wanted their employees to be at their most effective, they had to give them everything they wanted from one place, Rob Speyer, president and CEO of Tishman Speyer.

"Tech companies built a community in the workplace and that became a critical employee recruitment and retention tool," he said. "Meanwhile, we were all providing four walls and a floor."

Grabbing the hybrid cloud opportunity with Lenovo and Azure Services
By Herbert Lash
May 12 2019
5:28AM