What does a Trump win mean for tech? 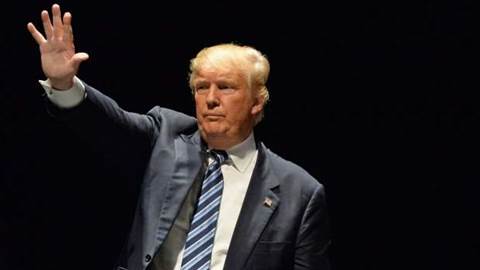 Donald Trump is set to become the 45th president of the United States of America, marking the end of one of the most acrimonious presidential campaigns in living memory.

Right now, your day probably consists of staring ghost-eyed out of a window.

Your next thoughts, however, will turn to what a President Trump will do to the world. We'll have more on this as opinions inevitably surface over the next few days, but for now you can check out some of our previous articles on Trump and tech.

Trump does not have a stellar relationship with the tech industry, to put it mildly.

Trump has clashed with a number of leading US tech companies, including Amazon and Apple.

Back in July, a raft of tech leaders signed an open letter denouncing him as a candidate and blasting him as "a disaster for innovation".

He has called net neutrality – the principle that prevents ISPs from choking internet speeds for certain sources and types of content, or speeding up others – an "attack on the internet", and has been vague on his approach to cyber-security.

His policy overview calls for an "immediate review of all US cyber defenses and vulnerabilities, including critical infrastructure, by a Cyber Review Team of individuals from the military, law enforcement, and the private sector."

Trump has previous tweeted out denials about the existence of climate change, so we're not off to a great start here.

The concept of global warming was created by and for the Chinese in order to make U.S. manufacturing non-competitive.

Khalid Pitts, the national political director of the US environmental group the Sierra Club, has previously said: “World leaders change, but Donald Trump's total ignorance of science remains the same. Electing a climate science conspiracy theorist like Trump would make America a global laughingstock and embarrassment, all while relinquishing our leadership role in the world.

"The ice caps don't negotiate, and neither do rising seas. Donald Trump's moral failure to acknowledge the climate crisis might very well mean planetary disaster if he is elected.”

The hope is that the US' ratification of the Paris treaty would prevent Trump from causing too much in the way of environmental damage. The deal prohibits any exit for a period of three years, and requires a one-year notice period. So that adds up to four years before the US could feasibly exit the treaty.

Trump's win is unlikely to be a good thing for the advancement of science in the US. In addition to his highly concerning comments on climate change, he has tweeted out comments connecting vaccinations to autism, and readily weighs into matters such as the spread of Ebola without scientific evidence.

“Trump will be the first anti-science president we have ever had,” said Michael Lubell, director of public affairs for the American Physical Society in Washington DC, to Nature. “The consequences are going to be very, very severe.”

The only positive thing he's really had to say in terms of science is about the role of the commercial space industry, which he has said he wants to expand. "A Trump administration would end the lack of proper coordination by reinstituting a national space policy council headed by the vice president," wrote Trump's senior policy advisiors, Bob Walker and Peter Navarro, in an op-ed for Space News.

From what has so far been seen of Trump's attitute towards science, expect policies and funding that emphasise short-term financial gain over long-term scientific vision.

In his victory speech, Trump said it was "time for America to bind the wounds of division".

"I pledge to every citizen of our land that I will be president for all Americans, and this is so important for me," said Trump. “For those who have chosen not to support me... I'm reaching out to you for your guidance and your help so that we can work together to unify our great country.”

Trump went on to talk up his focus on co-operation, not conflict, with other countries: “I want to tell the world community that while we will always put America's interests first, we will deal fairly with everyone."

There are still some states to declare, although Trump claimed Hillary Clinton has called him to concede. You can watch a video of Trump's speech below (thanks to The Guardian).

This isn't an episode. This isn't marketing. This is reality.

Russia's parliament just erupted in applause after Trump's victory was confirmed, per Interfax.

Our First Black President will have to greet, and give up the White House & the presidency to a Man endorsed by the KKK.
2016.

Trump trolling the other half of America by leaving the stage to the Stones' You Can't Always Get What you Want?