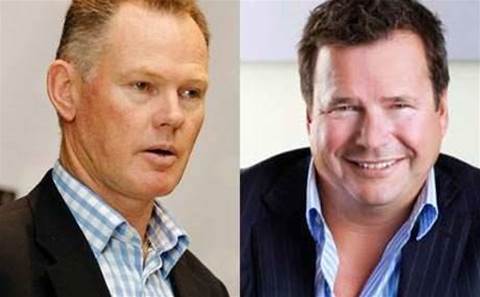 Few rival distributors were surprised at news of Dicker Data's $65.5 million "deal of the century" to acquire Express Data, with rumours about a buyout already doing the rounds.

"I think this is much more than just a scale strategy, it's a very holistic, strategic play to gain enterprise-level vendors that Express Data has; new markets, new channels, plus Express Data's value-add services," he said.

Walters was also complimentary of the Express Data business, saying the company had a "great reputation" in the market.

"I think they've built a strong business over a long period of time. They service the market extremely well. Express Data has been one of the key value-add distributors for many, many years. With Ross Cochrane and David Gage, the team have built up an extremely solid business.

"I think it's a good news story for an Australian company like Dicker Data. I think it's a big shot in the arm for the distribution market in Australia and New Zealand," he said.

Walters was one of several distributors CRN spoke to who said they weren't surprised by the Express Data buyout.  "From my perspective, it's been problematic, Dimension Data holding onto Express Data, so it was not a shock to me that Express Data has found another home."

Distribution Central executive chairman Scott Frew said the acquisition would be good news for other disties if it signalled an end to Express Data's preferential purchasing agreements with Dimenson Data.

"[Dicker Data buying Express Data] could have a positive impact for some of the other players, absolutely," he said.

"Before this acquisition, Dimension Data had to buy everything Express Data distributed," he said. "Does that mean the price was discounted heavily, because that is no longer the case, or is there an agreement in place to continue that preferential purchasing arrangements?

If any preferential arrangements were to end, it would be "game on", said Frew.

"I like a bit of competition. It gives us a more equal footing to play in that place. It applies not just to Distribution Central, but others like Westcon and Avnet."

According to Ross Cochrane, former CEO of Express Data and now an executive of the global Dimension Data Group, said the preferred supplier arrangement will remain in place.

"As always these agreements are subject to service level commitments. Any proposal for additional product lines will be considered by [Dimension Data Australia CEO] Rodd Cunico and his team based on its merit."

Dicker Data boss David Dicker said his understanding was that the prefered supplier deal was for Cisco only.

The deal, which is the biggest since Avnet acquired itX for $77.5 million in 2010, still pales in comparison to Ingram Micro's 2004 acquisition of Tech Pacific for US$493 million.

However, the prospect of a scaled-up Dicker Data didn't faze Synnex Australia's CEO Kee Ong. "We have faced competition for the last 10-20 years so this will no be any different."

He said the challenge for the merger partners would be around combining two company cultures.

"The integration of these two different cultures will be a lot hard work because the corporate culture takes time to settle and to form. It is not so easy to settle."

Synnex Australia has never made any acquisitions, but that hasn't held back its local expansion. "We have grown every year for the seven years. We have grown five times [larger] in revenue."

Ong added that doing this all organically was "not by choice".

"Don’t get me wrong, I have been involved in M&A discussions but they fell at the eleventh hour or didn't materialise.

"You have to think very carefully about bringing two teams together. What is the contingency plan in case there are integration issues?

"We [the industry] have been through so much M&A in the last 10 years. Not to sound negative, but so far the success cases are only a few. It is down to the execution," Ong said.

Ingram Micro representatives declined to comment for this article.