What the DiData-Oakton merger means for the channel 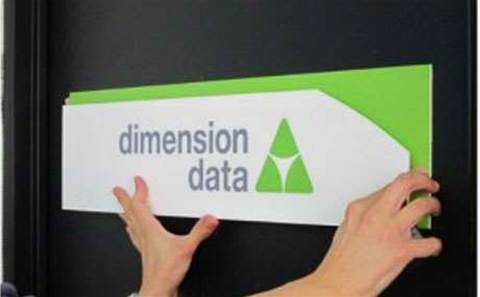 If the merger goes ahead, it will see the dovetailing of Dimension Data's 1,800-person operation, including contractors, with 1,150-staff Oakton, which has its headquarters in Melbourne and sites Sydney, Brisbane, Canberra and Perth, as well 300 staff in Hyderabad, India.

"We have been shifting out business model much more to a services integration model, which meant we wanted to bring to our offer to customers for the integration of infrastructure-as-a-service and software-as-a-service," he told CRN.

"We really lined up with Dimension Data very well because they don't do the application thing."

"Certainly they will be able to use their sales channel [to push Oakton's services]."

Wilson said Oakton has been working with Dimension Data over the last 18 months, with DiData providing IaaS while Oakton provides application consulting and migration, especially Oracle and Microsoft.

Oakton takes customers running applications in-house and packages up deals to migrate software to the cloud and provide the application-as-a-service. Wilson said the merger will allow for more integrated offerings.

Dimension Data has data centres in Sydney and Melbourne, having launched in Melbourne with NextDC last November

The integrator boasts key partnerships for its cloud services. It became the first gobal hosting partner for Cisco's Intercloud push this year. The partnership means Cisco will white label Dimension Data services and sell them through its channel partners.

Dimension Data also has Australian managed hosting provider Bluefire under its belt, after acquiring the company back in 2011. Bluefire boasts more than 2,500 hosted servers.

The company is owned by Japanese telco NTT.

Oakton and DiData have a "strong cultural fit", as well as a complementary value proposition and footprint, Dimension Data Australia CEO Rodd Cunico said in a statement, adding that the partnership had proven very successful since starting up last year.

"With stronger strategic IT consulting capabilities and our proven technology expertise, we’ll be able to provide the type of end-to-end solutions our clients are seeking. This is an exciting opportunity for Dimension Data, and one that I believe will position us as one of the leading IT solutions and services providers in Australia."