What to expect from Apple's hardware event 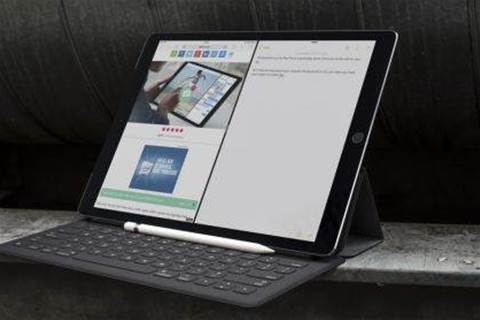 It's that time of year again; Apple is poised to unleash a fresh batch of hardware at a live event in Brooklyn, New York. The event's tagline (which often offers clues about the event's theme) is "there's more in the making".

Together with the fact that it's being held in the Brooklyn Academy of Music, this indicates that creative uses like music and art will be a main focus of the event, which isn't particularly surprising given that new iPads have been heavily rumoured.

There's also whispers of an updated MacBook Air and even a redesigned Mac Mini. Here's everything we expect to see at Apple's event tomorrow.

The biggest certainty is that Apple will use this event to launch new iPad models, most likely redesigned versions of the iPad Pro in both 12.9-inch and 10.5-inch models. Rumours indicate that Apple will be ditching the home button and going for an iPhone X-style edge-to-edge display, which means it'll almost certainly include Face ID for authentication.

The screens will probably be bumped up to OLED displays, rather than the LCD panels used in current-generation iPads, and the processors will definitely be upgraded to Apple's latest processor, the A12 Bionic (or a variation thereof). A new Apple Pencil with increased functionality has been talked about too, which would fit with the event's creativity-focused theme.

There are also hints that the new iPads will ditch the Lightning connector in favour of the non-proprietary USB-C standard, but this seems unlikely - the only reason Apple would have to move from Lightning to USB-C is if it was including the ability to connect the iPad to an external display or a docking solution of some kind. We'd almost certainly have heard more about a change that big by now, so colour this one unlikely.

One thing we'd really like to see is a refreshed iPad Mini. Apple hasn't given the poor, neglected line any love for more than three years, and it's high time that the 8-inch tablet got brought back up to speed. Apple isn't expected to reveal any additions to the iPad Mini family, but we're crossing our fingers nonetheless.

Mac Mini fans, rejoice; the much-loved small form factor device is finally getting an update. Reportedly targeted at professional users like developers and engineers, the refresh will presumably use current-gen chips and add support for modern features like Thunderbolt 3. However, sources indicate it will be more expensive than previous models, and Apple may well have further reduced the level to which users can upgrade the device with extra storage space and RAM.

Elsewhere the iMac range will be getting a minor chip refresh to bring it up to date with Intel's newest processors, but the iMac Pro probably won't. As for the Mac Pro - which Apple taunted us with last year, but still hasn't officially unveiled - it's almost certainly still in development, ahead of a projected 2019 release date. However, we wouldn't be at all surprised if Apple took this opportunity to drop a teaser giving us our first official look at the new unit.

Every time an Apple event rolls around, a wave of pundits and analysts predict a new, updated version of the MacBook Air, Apple's beloved low-cost laptop. For the past few years, this has failed to materialise, but it looks like Apple may at long last be giving us a MacBook Air successor. Rumours suggest that the main changes will be a Retina screen with slimmer bezels and current-generation hardware, but other than that there aren't many details floating around.

We'd expect Apple to have significantly slimmed down the chassis. The MacBook Air hasn't been redesigned in years, and although it was considered slim and light when it launched, it's positively flabby by modern standards. If Apple wants to keep the 'Air' moniker, it'll have to shave off the excess weight and thickness. It's reportedly still seen as an entry-level device too, so it should still be around $1000.

The 12-inch MacBook is also expected to get a minor chip refresh, and Apple may update the non-Touch Bar MacBook Pro models too, which were passed over in the last round of refreshes.