What to know about Microsoft Mesh 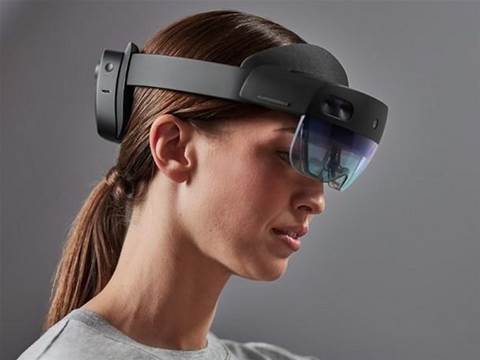 Microsoft revealed its next big step in the realm of mixed reality on Tuesday, with a new platform—Microsoft Mesh—that aims to enable users to interact in a “shared holographic world.” The mixed-reality platform is advancing Microsoft’s efforts to bring the digital and physical worlds together, CEO Satya Nadella said during his keynote at the Microsoft Ignite 2021 conference. “Think about what Xbox Live did for gaming--we went from single player to multiplayer, creating communities that help people connect and achieve together,” Nadella said. “Now just imagine if the same thing happened with mixed reality.”

What Mesh will offer

Microsoft Mesh offers a holographic space that users at different locations can enter into and interact with each other (provided they have the appropriate headset). At first, users will appear to each other as virtual avatars, Microsoft said. But the vision is to eventually offer “holoportation” capabilities, so that users can appear as themselves in the Mesh space, according to the company. Microsoft Mesh “enables you to interact holographically with others with true presence in a natural way,” Nadella said during his keynote at Ignite.

“For example, I can join a birthday celebration with my extended family in India, interacting as if we were physically together without any screens between us. Or I can meet my colleagues on the other side of the world--collaborating as though we were in the same room--again, with no screen mediating our interactions,” Nadella said. “It‘s pretty mind boggling to imagine, but this is the future we are building.”

In terms of business applications, Microsoft offered the example of a group of engineers meeting inside of the Mesh virtual space to collaborate on 3-D models.

The Mesh virtual space will be accessible using certain headsets that support the technology. First and foremost is Microsoft’s own mixed-reality headset, the HoloLens 2 (pictured). But Mesh will also be accessible from “a range of virtual reality headsets, smartphones, tablets and PCs,” Microsoft said. Among the likely VR headsets to support Mesh is the HP Reverb G2, which is pictured on Microsoft’s website for the Mesh platform. Microsoft launched a preview of the Mesh app for HoloLens during Ignite 2021, which is initially aimed at enabling co-workers to collaborate with each other remotely. “Customers can also request access to a new version of Mesh-enabled AltspaceVR, which will allow companies to hold meetings and work gatherings in virtual reality with enterprise-grade security features including secure sign-ins, session management and privacy compliance,” Microsoft said.

Microsoft also disclosed that it’s planning to integrate Mesh with its Teams collaboration app—opening the possibility of holding Teams meetings inside the Mesh virtual space—as well as with Dynamics 365, Microsoft’s combined CRM and ERP offering. Additionally, Microsoft said it “expects customers will be able to choose from a growing set of Microsoft Mesh-enabled applications built by external developers and partners” in the future.