What to know about Microsoft’s Surface Laptop 4 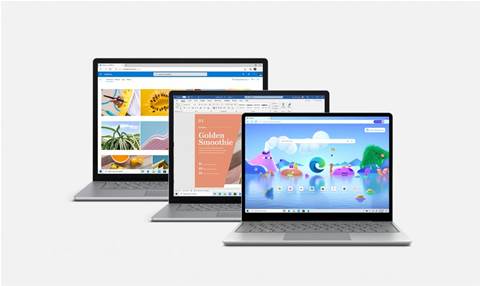 As demand for notebooks continues to surge, Microsoft on Tuesday unveiled the next-generation model in its Surface Laptop series.

The new clamshell, the Microsoft Surface Laptop 4, will again be offered in two sizes but will include one major update compared to the Surface Laptop 3—with the ability to choose between either AMD or Intel processors this time around.

The Surface Laptop is targeted as Microsoft’s mainstream notebook series, offered alongside the company’s Surface Book detachable notebook and Surface Pro 2-in-1 tablet offerings that are more focused on professionals.

What follows are five key things to know about Microsoft’s Surface Laptop 4.

Both come as touch screens, and feature resolution of 201 pixels per inch along with Microsoft’s vibrant PixelSense display technology and a 3:2 aspect ratio.

As mentioned, the biggest difference from past Surface Laptop models is that the Surface Laptop 4 can be configured with processors from AMD in addition to Intel CPUs.

Notably, however, the AMD processor options are not from AMD’s latest Ryzen CPU lineup, the Ryzen 5000. Instead, the Surface Laptop 4 will offer a choice of AMD Ryzen 4000 processors—the Ryzen 7 4980U will be offered on both the 13.5-inch and 15-inch models, while the 13.5-inch model can also be configured with the Ryzen 5 4680U. The AMD-powered models also feature AMD Radeon graphics.

For the Intel-powered Surface Laptop 4 models, the processors will come from Intel’s 11th generation of Core i chips. Choices will include the Intel Core i7-1185G7 for either size, with two additional options—the Core i5-1135G7 or the Core i5-1145G7—for the 13.5-inch model.

The form factor on the Surface Laptop 4 will remain the same as on the third-gen model, though there is a new “ice blue” color being offered for the 13.5-inch model. Two keyboard finishes are also available on the 13.5-inch model-- Alcantara fabric or metal.

For the Alcantara model, the color options are platinum or ice blue, while the model with the metal keyboard finish is available in matte black or sandstone colors. The 15-inch model only offers platinum or matte black, and does not have an option for Alcantara fabric around the keyboard.

In terms of collaboration features, the Surface Laptop 4 will offer an front-facing HD webcam, dual mics and a speaker system that uses Dolby Atmos technology.

Microsoft said that the Surface Laptop 4 will begin shipping on Thursday (April 15), with orders open today.