What you need to know about Apple's iPhone Xs 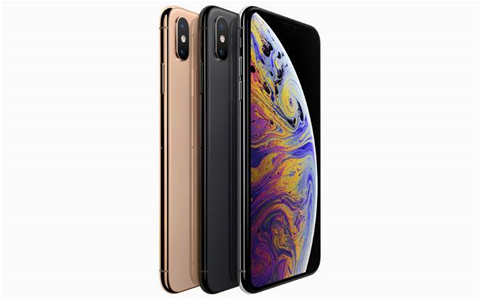 Apple on Wednesday revealed the next phase for its transition into edge-to-edge OLED iPhones, which began last year with the iPhone X. This time around, there are two phones to choose from—the iPhone Xs, which is identical to the iPhone X in size, and the iPhone Xs Max, which is a significant amount larger. There are many additional updates with Apple's new iPhones around battery life, processor, camera and more. We rounded up 10 key things to know about the iPhone Xs and iPhone Xs Max on specs, price and release date.

Perhaps the leading news from Apple's announcements Wednesday is introduction of a new 6.5-inch version of the iPhone, the iPhone Xs Max--which offers what is by far the biggest iPhone screen Apple has ever released. The smartphone will feature bright and colorful OLED display technology (which first debuted in the iPhone X) and a minimal bezel around the screen, with a notch cutout at the top for the front-facing camera and other sensors. The phone also features the highest-ever display resolution for an iPhone at 2688 x 1242 pixels, while the display includes rounded corners and introduces glass with improved durability. The iPhone Xs offers a display size on par with that of the iPhone X, at 5.8 inches, and identical resolution as well, at 2436 x 1125 pixels. Otherwise, the iPhone Xs display is the same as the larger iPhone Xs Max—with a nearly edge-to-edge screen (and camera notch), OLED display technology, rounded corners and more-durable glass.

Processor
The iPhone Xs and Xs Max will move up to Apple's next generation of processor, dubbed the A12 Bionic, which is expected to be the first 7-nanometer chip released in a smartphone. The six-core CPU in the A12 Bionic includes two high-performance cores (running at up to 15 percent faster speeds than the A11 Bionic), along with four low-power cores (featuring up to 50 percent improved energy efficiency over the A11). The four-core GPU in the A12 Bionic will improve graphics performance by up to 50 percent, meanwhile. Apple also said that an updated neural engine for machine learning includes eight cores, compared to two cores previously, enabling a major jump in operations per second.

Authentication
Like the iPhone X, the iPhone Xs and Xs Max will only offer Face ID facial recognition as a biometric method for unlocking the phone. Face ID uses Apple's TrueDepth Camera System to ensure that Face ID unlocking will be consistent and fast, according to the company. Apple said that algorithm improvements will now enable Face ID to work even faster in the new iPhones. The iPhone Xs and Xs Max also go without a home button, meaning that the same iPhone X gestures are employed for loading the home screen, opening the app switcher and checking notifications. Camera
Like the iPhone X, the iPhone Xs and Xs Max will feature a dual rear camera system, with wide-angle and telephoto cameras that each offer 12 megapixels and optical image stabilisation. Apple says the camera includes an improved flash along with "breakthrough" new features such as "Smart HDR," which makes use of the A12 Bionic chip and combines numerous images to deliver a photo that is more highly detailed. Taking video, meanwhile, will now offer extended dynamic range and recording of stereo sound, Apple said.

Body & colours
The iPhone Xs and iPhone Xs Max will feature a frame made from "surgical grade" stainless steel, along with glass on both the front and back sides of the phones. Apple said phones will be offered in three colors—gold, space gray and silver.