What you need to know about Apple's macOS Mojave 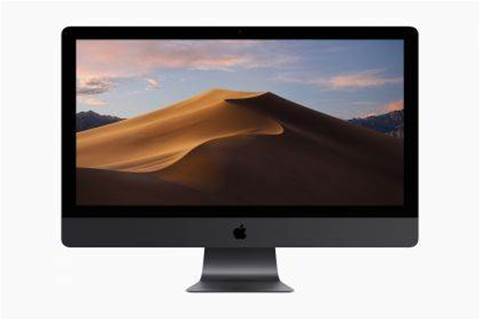 The latest version of Apple's popular Mac operating system has been unveiled, moving away from the firm's recent mountain range naming convention but nonetheless rocking attendees at WWDC with a raft of new features to get excited about.

Dubbed macOS Mojave, Apple said its latest software had been "inspired by professionals but designed for everyone" with chief executive Tim Cook building up the suspense during his keynote by saying: "For more than 30 years, the Mac has empowered people to create all sorts of amazing things - from professional to personal."

Messy desktops can be quickly and easily organised with a new Stacks feature, grouping relating items together neatly. There's also a revamped Finder with additional enhancements such as Galleries view to aid users further in finding what they need quickly.

Dark Mode overhauls the aesthetics for users and developers (when using Xcode) helping to place the content that matters most to them at the centre of their software experience, with controls moving to the background.

“Dark Mode brings a dramatic new look to macOS that puts your content front and center, familiar iOS apps come to the Mac for the first time and the redesigned Mac App Store makes finding new apps easier and more enjoyable than ever.”

FaceTime group call capability and a revamped Mac App Store, featuring content and apps from the likes of Adobe, Microsoft and more were also confirmed during the WWDC keynote.

Even more excitingly for users, popular iOS apps such as News, Stocks, Home and Voice Memos also make their way to the desktop OS, prompting Federighi to once again rebuff claims that Apple may merge iOS and macOS together.

Apple was keen to stress that the updated OS also kept security and privacy front of mind, with intelligent features stopping users from being tracked and 'fingerprinted' without their consent.

"One of the reasons people choice Apple products is because of our commitment to security and privacy," Federighi said.

Developers can get their hands on macOS Mojave from today, while a public beta programme will kick off later this month, prior to general release in Autumn.