What you need to know about AWS on-prem 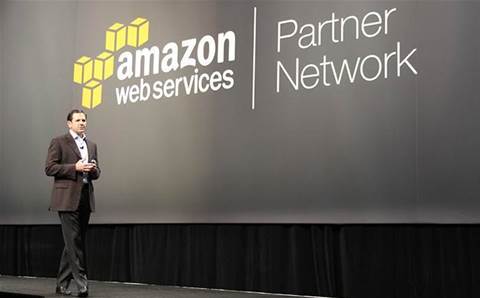 In a surprise revelation that stunned the tech world, Amazon Web Services revealed a new product that will bring its industry-leading cloud infrastructure on-premises for the first time.

AWS Outposts, hitting market in the second half of 2019, is an integrated hardware rack that can run native AWS or VMware environments that seamlessly connect to Amazon's public cloud.

Amazon will deliver, install and do maintenance and repairs on Outposts.

VMware CEO Pat Gelsinger joined AWS CEO Andy Jassy during a keynote at the AWS re:Invent conference Wednesday to unveil the hybrid cloud product marking Amazon's foray into the corporate data center and a heightening of the alliance between the two enterprise technology giants.

"Our partnership with VMware has been really transformational for us on a lot of different levels," Jassy said during a Q&A session at re:Invent.

The first variant of Outposts will offer an AWS-native environment, built from some of the same hardware AWS has developed for its public cloud regions, and delivering the same APIs and control plane AWS customers are familiar using for their cloud-based workloads.

At launch, or soon after, the rack will come equipped with EC2 instances and a subset of AWS data, networking and analytics services, Jassy said.

Those will include both AWS managed container services—ECS and EKS—database and analytics services, and the SageMaker managed machine-learning service.

Over time, customers can expect to see more of the many AWS capabilities find their way to Outposts, Jassy said.

VMware worked closely with Amazon to introduce the VMware Cloud on AWS environment to Outposts.

VMware will offer that variant as a managed service that extends its vision for consistent infrastructure and operations, Gelsinger said.

AWS collaborated with VMware because of the broad adoption of its technology as a solution to tie together infrastructure, Jassy said.

Gelsinger said AWS and VMware are making Outposts available in multiple ways to meet the needs of a broad set of customers.

That includes an offering VMware developed to complement the AWS-native version of the on-premises solution, Gelsinger told re:Invent attendees.

For customers that want to extend that variant with VMware tools, the virtualisation leader will deliver VMware Cloud Foundation for EC2, integrating into the AWS stack VMware's vision for "that complete software-defined data center," Gelsinger said.

VMware Cloud Foundation for EC2 can be a "perfect wrapper" around the AWS-native version of Outposts, Gelsinger said, adding NSX networking, as well as offerings like AppDefense for security and vRealize for automation.

AWS' first true data centre product was born from the recognition that customers see many workloads "that are going to live on-premises for a very long time" and want those workloads to seamlessly interact with the rest of the services AWS offers in the cloud.

AWS started thinking about that problem with an offering called Farzones that would meet some of the needs of customers that wanted infrastructure deployed at far-flung outposts.

But as AWS leaders brainstormed, the more comprehensive offering came out of a breakthrough earlier in the year while working with a single customer trying to get on-premises compute and storage connected with rest of AWS cloud, Jassy said.

Channel plans are still formulating, but the offering will be a natural for both VMware and AWS partners, AWS channel chief Terry Wise told CRN USA.

Channel partners fluent in both technologies will find Outposts to be a logical extension of their practices, he said.

The VMware environment is identical to VMware Cloud on AWS, making it an easy addition for the more than 200 customers that already have been certified to bring that hybrid offfering to market.

"We’ll make it available through our respective partner programs and fuse those together," Gelsinger said in a Q&A session after the keynote with Jassy.

With an on-premises integrated hardware offering, AWS looks primed to compete with the industry's leading server and storage vendors.

That could seem an awkward prospect for its Outposts partner, VMware, as the virtualization leader is majority owned by Dell Technologies.

But VMware CEO Pat Gelsinger said Dell Technologies CEO Michael Dell continues to be a "fan" and supporter of VMware's partnership with AWS.

Gelsinger acknowledged the potential for competition.

"Though it has competitive elements with Dell, he believes that if it's in VMware's best interests, it's in Dell Technologies’ best interests," Gelsinger said of Michael Dell.