What you need to know about Microsoft Surface's 'not recommended' rating 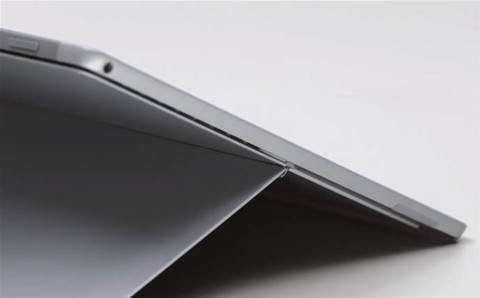 Consumer Reports said it can no longer recommend Microsoft Surface products as a result of reliability issues. The nonprofit product ratings organisation recently surveyed electronics owners and found that Surface devices - including the Surface Pro and Surface Book - are prone to more problems over time than competing products. We rounded up five of the key takeaways from the Consumer Reports analysis of Microsoft Surface devices.

Microsoft's 2-in-1 tablet, the Surface Pro, has been a key product for the company in recent years and has inspired numerous copycats. However, Consumer Reports said the Surface Pro series - including the most recent model, which debuted in June - is also included in the findings of poor reliability. Consumer Reports "cannot recommend any other Microsoft laptops or tablets because of poor predicted reliability in comparison to most other brands," the report said.

Consumer Reports said that its survey of users found unusually high rates of "breakage" for Surface devices over time. The survey results suggest that "25 percent of Microsoft laptops and tablets will present their owners with problems by the end of the second year of ownership," the organisation said in its report. "For both tablets and laptops, the difference between Microsoft and most other brands is statistically significant, which is why the brand doesn't meet CR's standards for recommended products."

Consumer Reports doesn't mention any other electronics brands by name in its report. But in an interview with Reuters, a Consumer Reports editor said that Apple's devices received the highest reliability ratings in the survey.

The Consumer Reports survey respondents identified device startup as a frequent issue for Surface devices. Unexpected freezing and shutdowns were among the issues mentioned, and touch-screen responsiveness was another issue, according to Consumer Reports. "In a follow-up phone conversation, one of the respondents, a college professor who asked not to be identified, called her Surface device 'quirky' and 'unstable,' with frequent crashes and an unreliable touch screen," the report said.

In a statement e-mailed to CRN USA, Microsoft said, "While we respect Consumer Reports, we disagree with their findings. Microsoft's real-world return and support rates and customer satisfaction data show we are on par if not better than other devices in the category."

"We stand firmly behind the quality and reliability of the Surface family of devices and continue to make quality our primary focus," the company said.

Simon Slater, Consumer Reports survey manager, added in the report that "our brand reliability findings have proven to be quite dependable over the years."