What you need to know about the US$5B Veeam acquisition 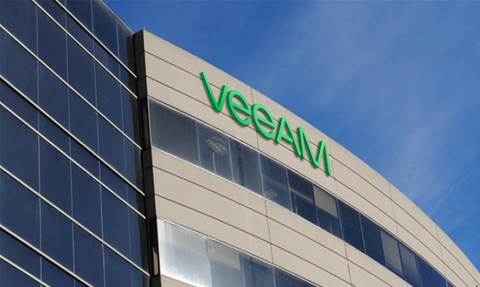 While Switzerland-based Veeam is the dominant vendor in Europe's data management and data protection market, it is only number four in the US market. But the US has the biggest and fastest-growing market, and is home to those all-important cloud providers that will continue to drive IT market growth in the future.

And that is where Insight Partners sees opportunity. The New York-based private equity company, which focuses on the software and SaaS market, is acquiring Veeam in a transaction valued at about US$5 billion, with an eye on providing the management it sees necessary for Veeam to make a big play for the US market. Veeam, unlike many non-public and even some public storage vendors, is perfectly capable of surviving and thriving on its own given its US$1-billion-plus in annual revenue and a profitable business. But Insight Partners thinks Veeam can grow much faster with a bit of help.

This is a huge deal. Huge.

The acquisition is valued at about US$5 billion. That cements Veeam's place as one of the top so-called "unicorns," the term used to describe non-public companies with a valuation of US$1 billion or more.

But Veeam doesn't really look much like a unicorn. The company in 2019 passed the US$1-billion revenue mark, and is already profitable. That is better than many publicly-listed storage vendors have been able to do. Veeam is also the market leader in the data management market in Europe, and claims to be the fourth-largest vendor in the US market. It also claims to be one of the largest software vendors of any kind in the world.

Insight Partners is purchasing Veeam with eyes wide open. The New York-based private equity in January of 2019 made one of the year's biggest IT investments when it led a US$500-million round of funding in what was then an already profitable Veeam. Prior to that round, Veeam had only raised a total of US$32 million.

Co-founders Timashev and Baronov are leaving

Andrei Baronov, co-founder and CEO, and Ratmir Timashev, executive vice president of worldwide sales and market, will both step down from their current executive roles and from the board of directors after helping transition Veeam to Insight Partners and its new leadership. The two in the past co-founded Aelita Software, which in 2004 was acquired by Quest Software, and left after the acquisition to eventually found Veeam in 2006.

The decision to have Timashev And Baronov step down after 13-plus years of building Veeam is related to a push to transition Veeam from its traditional Europe-centric to a focus on building the US market.

It might also help spur growth in the US government market. Veeam in early 2018 acquired N2WS, a developer of data protection technology for Amazon Web Services environments, including the AWS GovCloud. However, after the US government requested information about the transaction, Veeam, which remember is based in Europe, sold N2WS back to its original owner.

Big focus of acquisition: The US market

While Veeam has done will since its founding, it sees a lot of opportunity for growth, and for the company that means a huge focus on building its US business.

Timashev late last year told CRN USA that Veeam's growth path is focused on three big markets: Office 365, AWS backup, and Microsoft Azure backups. "Each of these markets will become, for us, maybe half-a-billion-dollar opportunities in the next five years," he said.

To get that kind of growth, however, requires a solid US presence, said Danny Allan, Veeam's new chief technology officer.

Allen told CRN that Veeam was founded around the 2008 US financial crash, with the bulk of the investment focused on Europe because of the US financial turmoil. That has led to Veeam having a bigger business revenue-wise in Europe than in the US.

"And that's the opposite of most large technology companies," he said. "Usually it's the other way around. There's more large global companies headquartered in the US So we think there's a massive opportunity with the enterprise in the US."

Furthermore, Veeam has for some time emphasized what it calls "Act II,' a move into the cloud data management era, Allan said.

"And all of the major cloud providers are US based, and the adoption of cloud is faster in the US," he said. "So this is all about accelerating that growth in America. But I don't want to lose sight. We are a global company. We have offices in 30 different countries and customers all over the world. So we'll continue to expand around the world. But we just believe will be a massive growth opportunity in the Americas."

Insight Partners focuses its investments primarily in the software business, and has experience in helping build software-as-a-service capabilities. The company has a three-stage Onsite program it uses to help the companies in which it invests grow, including the Startup stage of focused on companies looking for early growth in their markets, the ScaleUp stage for companies with strong businesses, and the Corporate stage for companies ready for IPOs or other exits.

Insight Partners has already helped over 40 companies through the IPO stage. The company has no IPO in mind yet for Veeam, but that could happen, said Mike Triplett, a managing director of Insight Partners and new board member of Veeam.
"Veeam is definitely an IPO candidate," Triplett told CRN USA. "But there still so much growth to be had first."

Insight Partners is committed to IT

While Insight Partner's acquisition of Veeam is its biggest acquisition to date, the company has a history making big bets in the IT market.

Veeam's acquisition, unveiled 9 January, is the second big acquisition for the private equity company in 2020. Insight Partners on Monday said it will purchase IoT security startup Armis at a US$1.1-billion valuation.

2019 saw Insight Partners make several acquisitions and investments in the IT market. The company in May acquired threat intelligence technology developer Recorded Future for US$780 million. Insight Partners in January was the lead investor in a huge $500-million investment in Veeam, and during the year also led new funding rounds in such companies as Aqua Security, SentinelOne, ComplianceQuest, CrossBorder Solutions, Contentstack, Corelight, Commercetools, Frame.io, and others.