What you'll lose in Windows 10 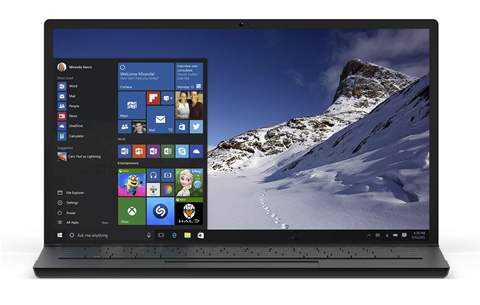 Microsoft has published the final specification list for its new Windows 10 desktop operating system, revealing some staple features of previous versions would be removed from the new OS.

The company has promised Windows 7 and Windows 8.1 users a free upgrade - available for a year - and has already starting pushing upgrade prompts to user's laptops and desktops. Windows 10 will become globally available on 29 July.

Microsoft has been keen to highlight some of the new included features in Windows 10, such as the Cortana personal digital assistant, the new Edge web browser, integration with competing mobile oeprating systems, user authentication through biometrics and beefed up security.

But it's kept relatively quiet on a number of long-lived features from past versions of Windows that will be put out to pasture in the forthcoming operating system.

As part of its final specification list for Windows 10, Microsoft revealed which features would be removed from the new version.

Chief among the applications to be retired in Windows 10 is the Windows Media Centre.

The media player and digital video recorder was developed as an entertainment hub that could, among other things, store and play images, video and music.

It arrived in Windows XP and was included in all later editions up until Windows 9 Pro, when it became available as an add-on.

Due to "decreased usage", Microsoft decided to ditch the feature in Windows 10.

The company will provide an option for DVD playback in an update to Windows 10 later in the year, Microsoft's general manager for its operating systems group Gabriel Aul said.

He said Windows Media Centre was mainly only used to watch DVDs.

The desktop gadgets available in Windows 7 will also be removed when a user upgrades to Windows 10.

Microsoft retired the feature in newer versions of Windows after discovering serious vulnerabilities in the Windows Sidebar platform that allowed for remote code execution.

Windows home users will have no longer have the option to choose when to install updates to their operating system after upgrading to Windows 10 following Microsoft's decision to make updates automatic.

Business users of Windows 10 Pro or Enterprise will however have the ability to defer updates.

In other software changes, those still using floppy disks on Windows will need to install new drivers when upgrading to Windows 10.

The Windows Hello authentication feature will need an infrared cameria for facial recognition or a supported fingerprint reader to use it to its full potential.

And Microsoft is also only making the Cortana voice assistant to a limited number of countries at launch, not including Australia. The US, Canada, UK, China, France, Spain, italy and Germany are first in line.

Perhaps the saddest of all losses, however, is Microsoft's decision to remove the pre-bundled versions of Solitaire, Minesweeper and Hearts that came with Windows 7.

The company has released a new version of Solitaire and Minesweeper, but Hearts has been given its marching orders.

Windows 10 users will, however, be able to continue putting off other tasks by playing Candy Crush Saga, which will come pre-installed with the new operating system.