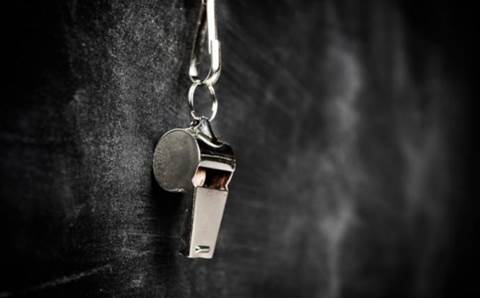 Infosys whistleblowers are accusing the CEO and CFO of misleading the board as well as shareholders by withholding some figures in order to make the company’s performance appear better than it is, according to a report.

“As this will reduce profits for the quarter and negative (sic) for stock price, they are putting pressure not to take the charge,” the letter provided to the Economic Times reads. “Critical information is hidden from the auditors and board. In large contracts like Verizon, Intel, and JVs in Japan, ABN Amro acquisition, revenue recognition matters are forced which are not as per accounting standards.”

The whistleblowers claim to have voice recordings, and emails that prove their allegations, and said they have provided the information both to the US Securities and Exchange Commission as well as to India-based Infosys.

“CEO is bypassing reviews and approvals and instructing sales not to send mails for approvals(sic),” the letter states. “He directs them to make wrong assumptions to show margins. CFO is compliant and he prevents us from showing in board presentations large deal issues … several billion dollar deals of last few quarters have nil margins.”

In a statement provided to CRN USA, Infosys did not address the claims leveled against CEO Salil Parekh and chief financial officer Nilanjan Roy, but said the company’s audit committee is reviewing the complaints.

The SEC would neither confirm nor deny that it was investigating.

“We decline to comment,” a press officer for the agency told CRN USA Monday morning.

Infosys’ stock price is down 13 percent in morning trading to US$9.11 per share.

In 2018, the company announced plans to buy Fluido, a Salesforce Platinum partner in Europe, a deal that would give Infosys a dominating presence in the Nordic region.

Earlier this year The Oregonian reported that it had an internal memo that outlined Intel’s plan to consolidate its IT operations under one contractor, Infosys. The move was said to have resulted in hundreds of layoffs across at locations across the country. While Intel acknowledged it was eliminating positions it did not say how many, or where the cuts were made. According to a June SEC filing, Intel paid US$168 million in severance costs in 2019, and paid no severance costs in the same period of 2018.