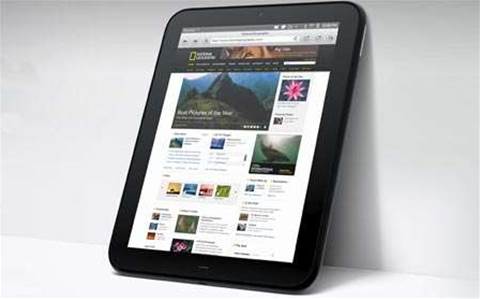 HP's WebOS business unit has been mired in uncertainty since the company abruptly ditched the TouchPad last August, but HP is confident that the open-source course it's charting with WebOS will lead to a brighter future.

So says HP CEO Meg Whitman, who acknowledged the WebOS turmoil has caused some employees to jump ship.

"This has been a very rocky period for the former Palm team/WebOS team that we built. And this was not a happy set of occurrences over the last six to eight months. So we have lost some people," Whitman told CRN.

After several weeks of deliberation, HP in December announced its intention to make WebOS available as open-source software. Whitman said that decision has gone a long way toward clarifying matters and bringing much needed stability to the remaining employees -- there are reportedly around 600 -- in the WebOS business unit.

"What I said to all the employees is, 'we need each of you to decide whether this is something that gets you excited'," Whitman said. "Now there is a clear vision of what we're trying to accomplish. I think people are signing on. Some are going to sign off, and that's OK, because we actually now have a way forward."

In addition, a steady stream of WebOS salespeople and engineers have left for positions at Apple, Intel and several mobile startups. Whether or not the WebOS talent exodus continues remains to be seen, but HP's intentions for WebOS are now clearer than they’ve been since the Aug. 18 earnings call.

Will developers jump onboard the open WebOS express?

HP plans to have completed its open sourcing of WebOS by September and will re-launch it as Open WebOS 1.0. In the first step down this road, HP released the source code for Enyo 2.0, its WebOS development tool, which lets coders write apps that run on mobile devices as well as PC Web browsers.

WebOS still enjoys a solid reputation within the developer community, but given the tap dance that Apple and Android are doing on the backs of the rest of the mobility market, it's fair to wonder how quickly Open WebOS 1.0 will catch on with developers and OEMs, if it does at all. After all, open-source mobile OS initiatives like Meego and Maemo haven't been setting the landscape ablaze with developer interest.

Dave Meeker, director of emerging technology and co-director at Roundarch Labs, a user experience and technology design firm, said Open WebOS is a promising development, but one his company will have to study further before making a decisive commitment.

"Right now, it's a wait-and-see situation [with WebOS]," Meeker said. "We're excited to keep close tabs on it, and will determine how it makes sense in our own efforts over the next year or so."

In Whitman's view, Open WebOS will have "huge advantages" over iOS, which she described as a "closed system." She also described Android as "incredibly fragmented" and said it may become more closed as a result of [Google's $US12.5 billion] acquisition of Motorola Mobility.

Is there room in the mobile marketplace for Open webOS? Whitman certainly thinks so, though she did hold out the possibility that it might take a while for it to gain traction.

"The world can probably use one more operating system. So we're going to support [Open webOS 1.0 ] in a very big way, and I'm excited about it," Whitman said. "You can give us a grade in about a year, and I think the proof will be in the pudding in about two or three [years]."

Cloud application revenue made easy
By Kevin McLaughlin
Jan 30 2012
8:29AM