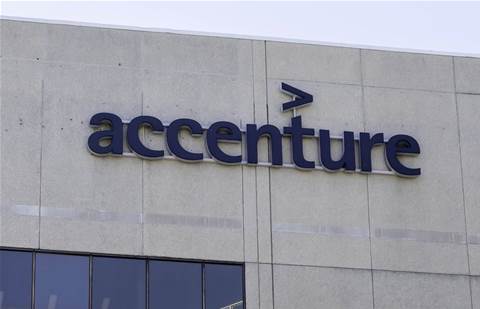 Even though he already has 16,000 employees under his command, Paolo Dal Cin, the new chief of Accenture’s global cybersecurity business, knows he’ll need more people to combat the ever-growing threat of cyberattacks.

So Dal Cin, who took command of Accenture’s global security business on May 1, said he wants to hire more non-IT people, such as criminologists and social scientists, to help in the battle against cyber-attackers.

“What we want to do is not to just hire more, but to hire more diverse talent,” Dal Cin said in a recent wide-ranging interview with CRN US.

“Security is becoming more multidisciplinary. We want to involve people that (are) studying social sciences. We’d like to have more criminologists. We’d like to add people with different backgrounds. When you are doing a threat analysis, it is very important to understand the threat-actor mindset. This is not just about technical skills. It is more also about soft skills. So we want to diversify our talent pool.”

He added: “Looking forward, we want to attract people not just from, you know, engineering or computer science degree, but from a much broader talent pool.”

And Dal Cin, who is based in Milan, Italy, and who has worked at Accenture since 2003, said he also wants to hire more personnel with deep knowledge of specific industries, in order to better understand the security needs of large enterprises and other clients.

“We’d like to have also more people really dig into specific industries,” Dal Cin said. “Protecting a national critical infrastructure like a utility company is quite different from protecting a banking institution. They have different goals (and needs) in security in order to protect their value chains. So for us, it’s also important to understand even more the industry (of a client), the specific industry business, in order not to just to protect the technology. We deeply believe that security is no more a (purely) IT issue. It has become clearly a business priority.”

Though he didn’t say how many people Accenture Security will be hiring, he made clear that Accenture is hiring across the globe.

Since 2015, Accenture Security has made 16 acquisitions, bringing its total revenues to about $6 billion, according to Accenture. The acquisitions include Accenture’s purchase of Symantec’s 300-employee cybersecurity services business from Broadcom Inc. in 2020.

“We want to be really selective because we have already great scale, as you know,” he said. “We want to continue to scan the market to understand if we have any opportunity to acquire a new company in order to fit our agenda.”

No matter what type of employees are hired by Accenture, Dal Cin said finding, hiring and retaining enough talented workers in a competitive labour market is one of the things that keeps him up at night.

“At the core of my agenda, there is (the issue of) talent,” he said. “In a world where there is a huge war for talent, everyone wants to have more and more cybersecurity professionals. We deeply believe that it is very important for us to attract the best talent, to train them, to progress them to the next stage.”