Why Correct Solutions opted out of an acquisition 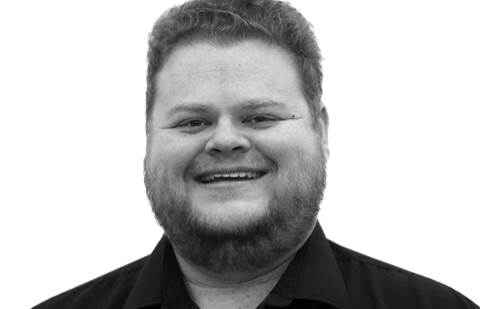 Correct Solutions isn’t shy when it comes to rapid growth and acquisition, but the company also knows when to say ‘no’.

During Canalys’ APAC Channels Forum in Taipei in December, Correct Solutions managing director Ryan Spillane sat down with CRN and talked about its past two years in business, including two acquisitions which resulted in a net of about 90 new customers.

More interesting however was when the conversation turned to an acquisition that Correct opted out of in November.

“We were about to do another one, did all the due diligence and everything and were happy with it, but we actually felt that it was going to be better for them to take another offer, and we advised them to do that, which they have done,” Spillane said.

Confident in their current growth phase having notched Correct's third Fast50 ranking in 2019 and with no shortage of M&A experience in the past, Spillane didn’t see any urgent reason to put Correct Solutions under undue pressure.

“We were a great fit and probably could have done it and made it work just fine, but you have to trust your gut sometimes,” he said.

“I actually wondered whether it would stretch us a bit too much. We’re looking for staff. We’re short-staffed. I know the amount of work that goes into the integration side of M&A, and everyone always understates the amount of integration time required.

“If we were a few years younger, or had not done as many acquisitions as we have, we probably would have jumped at it really hard and pushed through it regardless. So I think it comes down to a bit of maturity on our side where we don’t have to acquire everything, and I slept very well the night I advised the company to take the alternate offer.”

Mergers and acquisitions are common in the channel and they represent an exciting growth milestone for the companies involved in them. Buying or selling a company is a big deal that can drag on for months as negotiations, due diligence and investigations are carried out.

Acquiring new customers can inspire growth, which Correct is no stranger to. However, Spillane said having a backlog of legacy customers raised its own set of challenges.

“Three years ago we did three acquisitions in three months, and you end up having a long tail of customers,” he said. “We’re actually evaluating a lot of our client base now and whether they’re a good fit for us longer term. It’s really about maturity not size. You could have a mature 20-seat company or you could have an immature 500-seat company, which one do you want to spend the time with?

“The 20-person company is going to listen to you and is going to implement your recommendations. The 500-seat company might give you more revenue, but on the other hand you’re going to have to try and force almost every change into them.

“We’re starting to evaluate a lot of those clients and saying, ‘This is the way we see things are going, do you want to come on that journey? If you don’t that’s OK but let’s transition you to someone else’. We don’t necessarily want to look after absolutely everyone.

“Many people in our industry are just too busy to look at the profitability or maturity of clients. Whereas we spend a lot of time looking at those things. We want to deal with customers that want to work with us.

“We have no problems with customers challenging and pushing back on us, that’s great because it matures both of us, but I don’t think many people have that relationship with their clients.”

Correct Solutions grew 45 percent in the 2018/2019 financial year, earning them more than $11 million in revenue and the 28th place on the 2019 CRN Fast50. For 2020, Spillane said growth would be more tempered as the company focused on consolidation, before gearing up for the next growth drive the following year.