Why did Telstra buy Kloud for $40 million? 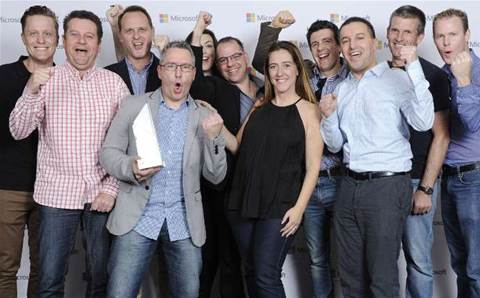 Kloud, after its acquisition by Telstra yesterday, is set to join the telco's IT services arm that raked in $2.4 billion in revenue in 2015, which almost equals its carriage revenues from government and business customers.

CRN understands Telstra will pay around $40 million to acquire the Melbourne cloud integrator, in a transaction expected to complete by the end of February.

“We lacked in enterprise cloud application. There was a need to build that capability, we will continue to leverage channel of partners,” said Bendschneider.

“Kloud’s value proposition is being able to develop cloud strategy for customers and look at technology and help select and right application and migrate with workload.

"From Telstra's point of view, [the] strategy is to have cloud capability available to more Telstra customers and help accelerate their growth.”

With yesterday's blockbuster deal, Telstra has acquired a six-year old company with around 150 staff in Sydney, Melbourne, Adelaide and Manila.

Bendschneider said the Kloud brand name would stay but Telstra would “look at that thoughtfully” in the future. All Kloud staff will be kept under the new leadership.

Kloud managing director Nicki Bowers told CRN the acquisition would help take the business to the next level when it comes to productising its own IP, which is based around migrating large-scale enterprise customers to the cloud.

“We didn’t have the right level of skill in house, but now we have the opportunity to learn from Telstra about how to productise taking customers to the cloud,” said Bowers.

While Kloud has already expanded into Singapore, having access to Telstra’s pool of resources gives Kloud reach into new territories both internationally and domestically.

“The opportunity to expand our portfolio in Asia, as well as the other states, was the number one reason [for the acquisition],” said Bowers.

Kloud has been one of the fastest-growing and best regarded of the new breed of cloud integrators.

The award-winning Microsoft partner placed No. 25 in the 2015 CRN Fast50 for 58 percent growth in revenue, hitting the $30 million in revenue. The company made its CRN Fast50 debut in 2014, ranking No.3 after growing 135 percent percent to achieve revenue of $19.2 million.